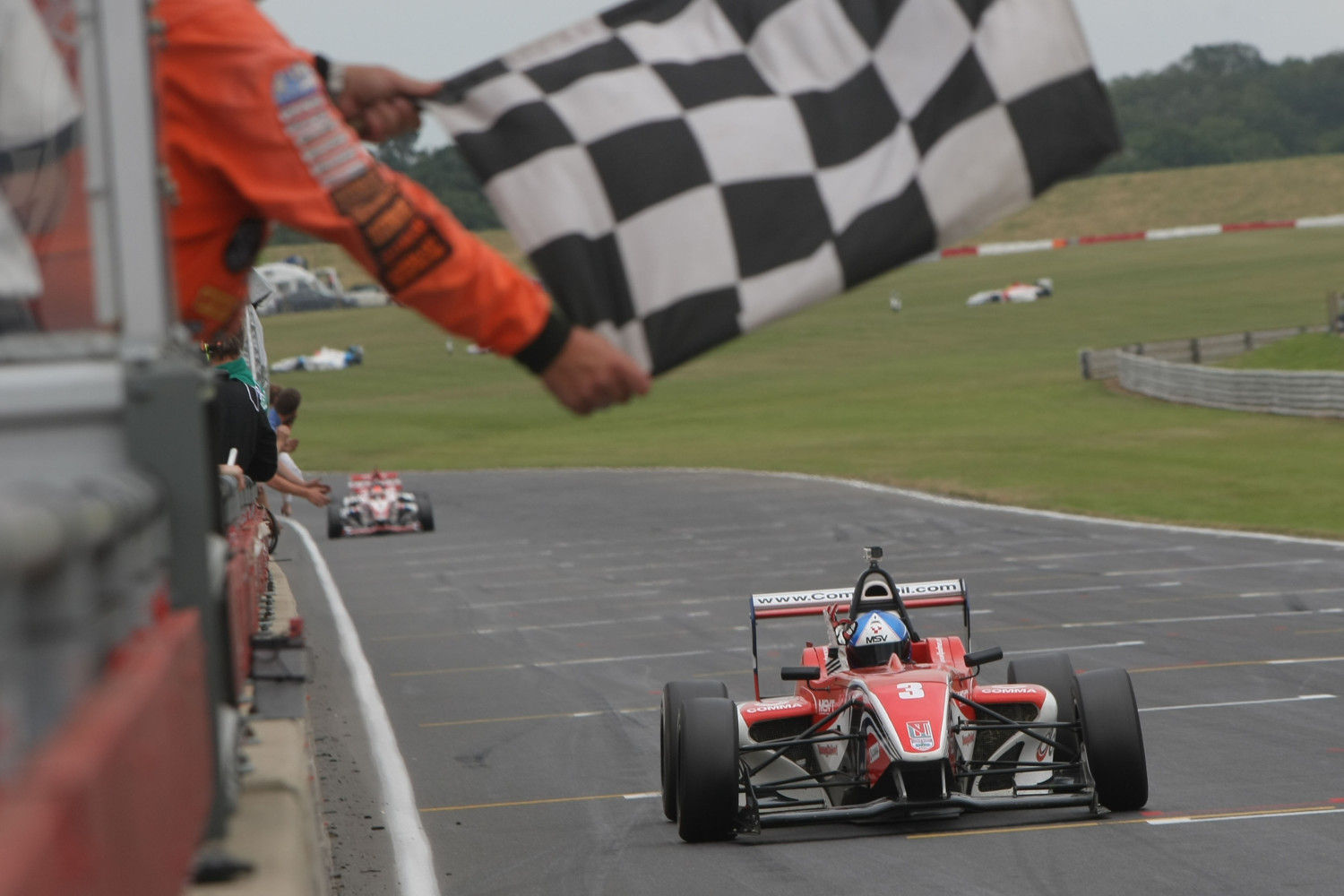 Will Palmer takes one of his two Snetterton Formula 4 victories

Yokohama saw two new winners on its control tyres in the third round of the 2014 BRDC Formula 4 championship. Will Palmer, twice, and Arjun Maini took their first victories of the year under hot conditions at Snetterton.

Commenting, head of Motorsport at UK Yokohama distributor Yokohama HPT, Mark Evans, said: “This weekend showed, once again, just how competitive the BRDC Formula 4 Championship is. It’s great to see another two drivers claiming wins in the series, which seems to generate more and more exciting racing with every round. The races this weekend were very hard work for all involved, due to the heat but I am delighted that the Yokohama Advan tyres held up well and provided the drivers with performance and consistency.”

The results from Snetterton mean that Palmer took a record 86-points haul from the weekend, catapulting him to third overall in the championship, behind Raoul Hyman in second. The series is led by George Russell, who extended his lead thanks to a series of consistent performances.