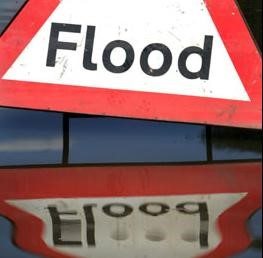 Flood signage needs to be rethought, according to The AA

The AA’s flood rescue team, AA Special Operations, is calling for a review of road signage around flooding and warning drivers of the penalties for ignoring them.

Since 1 December, the AA has attended around 3,200 flood-stricken vehicles, many of which were the result of drivers wilfully ignoring or misunderstanding road closure signs.

Previous research by the AA and Environment Agency conducted before the recent floods showed that the equivalent of 680,000 drivers would ignore a ‘road closed’ sign and drive down a flooded road rather than take a short detour.

Darron Burness, head of the AA’s flood rescue team, said, “While our crews have heard every excuse, it’s become clear that the signage around flooding isn’t as effective as it perhaps should be.”

“Part of the problem is that the ‘road closed’ sign isn’t always completely understood. Some people may think it’s just advisory, as it’s a temporary sign just like those often seen at roadworks. For example, a lady in Buckinghamshire told our patrol that she didn’t think the sign applied as it was only on one side of the road, so she simply drove round it.”

“But it’s actually an offence to ignore any traffic sign, attracting a £50 fine, if spotted by the police. If it’s deemed to be careless driving, you’ll likely be £100 lighter and possibly get three points,” Mr. Burness reminded motorists.

“The traffic sign regulations are being reviewed later this year and we’d like to see signage around flooding included. A ‘no entry’ sign, for example, would possibly carry more weight with drivers but, at the moment, it’s for permanent situations only; or a police blue ‘road closed’ one would likely be more effective than the red one.”

Darron Burness added, “Not only is it illegal but, if you get stuck, your insurer may well reject any claim, which would be a rather embarrassing one to explain. You’re also potentially diverting the emergency services from a genuine emergency, so think about your actions – there are simply no excuses for driving into flood water.”