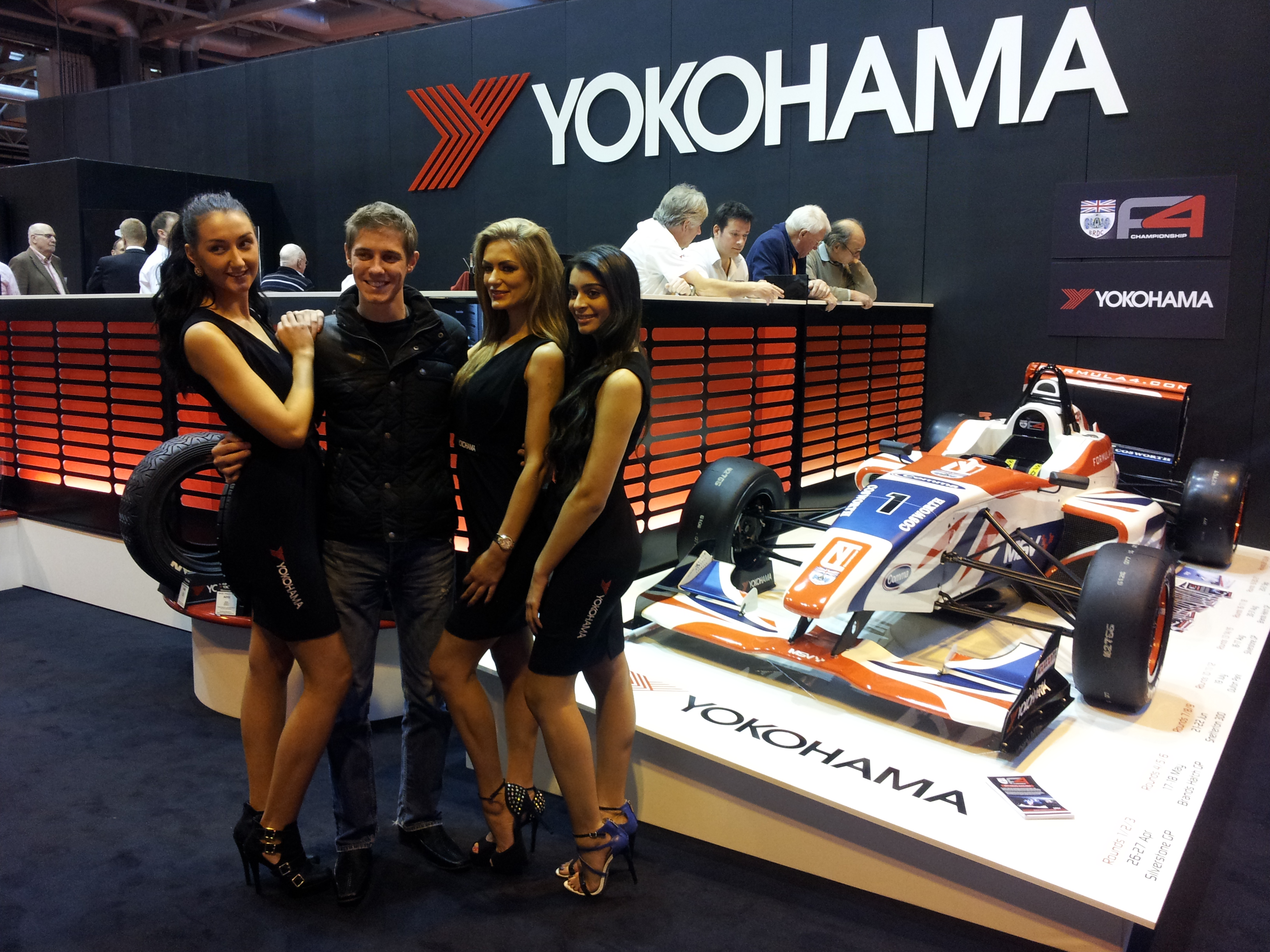 The World Touring Car Championship’s James Nash, who claimed the new WTCC Yokohama Trophy, was a guest at the Yokohama booth during the recent Autosport International Show in Birmingham. During the show Yokohama HPT, the brand’s British division, displayed a full range of high performance race and road tyres alongside one of the vehicles from the inaugural 2013 season of the BRDC Formula 4 series, to which Yokohama, as with the WTCC, is the exclusive tyre supplier. The company was also launching its Yokohama Europe Facebook page, which can be found here.

British driver Nash, the WTCC 2013 Independent class champion sealed his victory by finishing sixth and fourth overall in his Bamboo Engineering Chevrolet Cruze in the two WTCC races in Macau, China, which hosted the final event of the 2013 series. Visiting the Japanese tyre manufacturer’s booth in Birmingham, he met representatives of Yokohama HPT and Yokohama Europe.

Yokohama Europe deputy manager of marketing sales promotion & communications David Oliva expressed his pleasure at Nash’s visit, highlighting the superb season he had. “We are very happy to welcome James after such a splendid season and it is also special that he brought the Yokohama Trophy with him to show our visitors.”