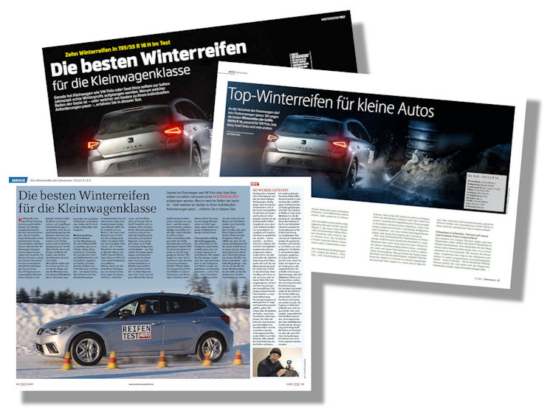 If you have the impression that we’re seeing more tyre tests these days and they’re appearing more frequently, you’re not mistaken. There are several reasons for this. One is the increasing popularity of all-season tyres. Secondly, tyre manufacturers are increasingly commissioning comparative tests of their own products alongside the competition. The third reason is that tests are often tweaked and presented to the public more than once. This was the case with the most recent winter test from German publication auto motor und sport (ams); it wasn’t long before two suspiciously similar – but not identical – doppelgangers appeared.