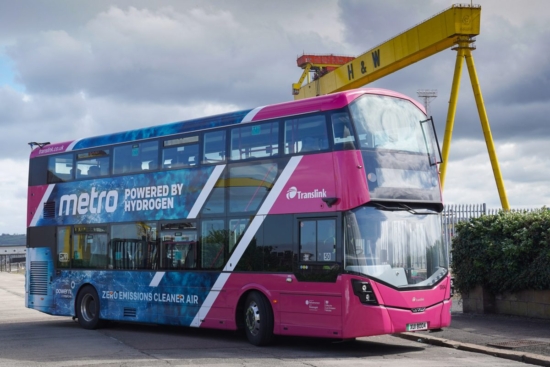 Translink will fit Wheely-Safe's system across its entire 1,400-strong bus and coach fleet

Translink has signed a contract to protect its entire 1,400-strong bus and coach fleet with the latest generation Wheely-Safe technology. The deal was secured following a successful trial that highlighted the unique safety benefits of the system.

David Barnett, General Manager – Engineering, Translink, says: “The introduction of the Wheely-Safe technology across the entirety of our fleet is an important element of our programme to further improve the safety of our operation.

“We transport thousands of customers across Northern Ireland every day and safety is our top priority. This system will alert our drivers to a drop in tyre pressure, brake or hub overheating or a wheel nut loosening by as little as 1mm.”

Translink tested the system on two buses in its Coleraine depot, with the Wheely-Safe technology alerting the driver to a puncture in one of the wheels during the trial.

“We had heard good things about the product previously and the trial just backed that up,” adds Barnett.

Steve Jackson, Managing Director, Wheely-Safe, says: “Our technology is the only system in the world which can detect the onset of wheel loss before detachment on a moving vehicle – plus our intelligent TPMS can help reduce fuel and tyre bills.

“It’s already proved hugely popular with coach and bus operators, and we are thrilled to now be protecting Translink and its customers across Northern Ireland. This is a significant contract and further validation of the value our system can bring to our business partners.”