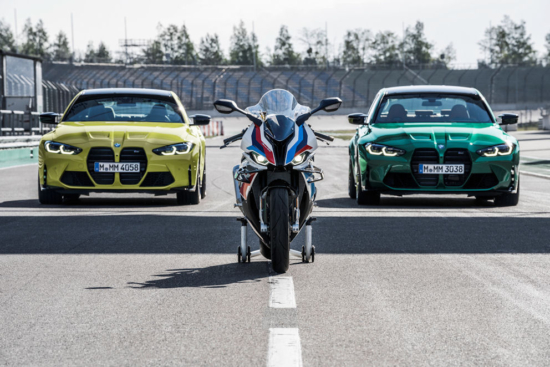 BMW’s first ‘M’ motorcycle has arrived, and Dunlop tyres have been chosen as original equipment. The road-legal version of the BMW M 1000 RR will exclusively wear the Dunlop SportSmart TT.

The new, limited-edition bike is based upon the BMW S 1000 RR and designed for riders who demand extreme, pure race-bred performance. Compared to the standard superbike, the M 1000 RR has additional competition-proven parts such as carbon fibre winglets and wheels. It is tuned to deliver 212 hp at 14,500 rpm.

Stating that “a race-inspired bike requires a race-inspired tyre,” Dunlop shares that the SportSmart TT features the same NTEC RT technology as its Isle of Man TT winning tyres. This allows the rear pressure to be lowered for track use, enlarging the contact patch and maximising grip. A unique feature of the SportSmart TT is the Speed Vent Tread which has a tread groove pattern that opens and closes when the tyre turns. This creates a vent-like effect to improve heat dissipation.

“We are proud that BMW has awarded Dunlop with an exclusive supply agreement for the first ever ‘M’ motorcycle,” says Miguel Morais, original equipment manager, Dunlop Moto Europe. “Every M 1000 RR will be fitted with SportSmart TT, which underlines and endorses the high performance and technology of the tyre.” 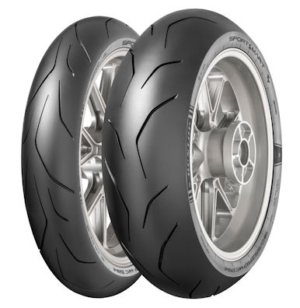 The tyre maker is proud of the racetrack success achieved by Dunlop-shod racing versions of the S 1000 RR. The BMW Motorrad Team is within touching point of the lead of the FIM Endurance World Championship that concludes at Estoril this weekend. In the French Superbike Championship, Kenny Foray dominated the Ledenon races earlier this month on his Dunlop-shod BMW. On the roads, Peter Hickman has relied on the BMW and Dunlop combination to win the Isle of Man TT, the Macau Grand Prix and set the road racing lap record at the Ulster Grand Prix.

Magazine testers have also favourably rated the Dunlop SportSmart TT. The UK Fast Bikes team rated the SportSmart TT as the best superbike tyres in a ‘blind’ track test in September 2018 and it was awarded the accolade of ‘Best handling tyre’ by German magazine PS.

“Dunlop’s hypersport range features a tyre for every kind of superbike rider,” comments Luca Davide Andreoni, marketing manager, Dunlop Moto Europe. “From the road-orientated SportSmart Mk3 through to the race winning GP Racer and GP Pro tyres, Dunlop has the most comprehensive hypersport range. The SportSmart TT straddles both road and track, offering fantastic rider feedback and grip in both arenas. That’s why it is the perfect tyre for such highly-developed sport bikes such as the BMW M 1000 RR.”