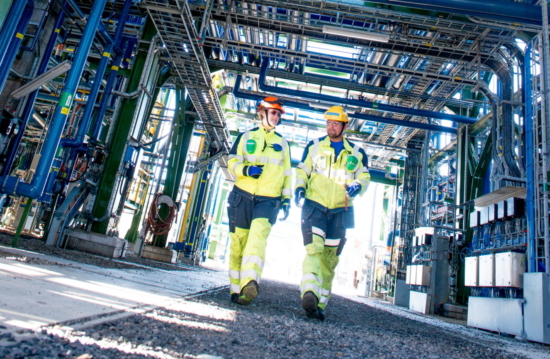 As of 2021, Davidson Kempner Capital Management LP has acquired the 49.9% shareholding in Nynas once owned by Bitumina and Neste before it (Photo: Nynas)

Having exited US sanctions in May 2020, Nynas – which supplies oils to the tyre and rubber industries – has continued an eventful year by announcing significant ownership changes that put Bitumina in a commanding position amongst its shareholders.

On 16 September 2020, major Nynas shareholder Neste announced that it has sold its entire shareholding in Nynas to Bitumina, a global bitumen company active in more than 100 countries. Nynas described this as “an important step in the ongoing company reorganisation”. Neste AB sold its 49.99 per cent shares in Nynas AB to Bitumina Industries Ltd a day earlier on Tuesday 15 September 2020.

“We have been an owner in Nynas since the 1990’s and have seen the company develop into a global leader in naphthenic specialty oils and a premier bitumen partner in Europe. We believe that the sale of Neste’s shares in Nynas to an industrial player with a strong focus in the same sector is the right solution for Nynas, recognizing also the ongoing reorganization process,” says Neste’s Chief Financial Officer Jyrki Mäki-Kala.

“We take great pride in having been able to acquire the shares of Neste in Nynas which is a natural expansion in our global industrial bitumen portfolio. We are certain that we can contribute to the successful future of Nynas”, says Bernd Schmidt, Executive Chairman of Bitumina Industries Ltd.

Prior to Neste’s share sale, Nynas applied for a three-month extension of its company reorganisation arrangements, with a court decision expected on 17 September.

Nynas is a Swedish manufacturer and marketer of naphthenic specialty oils and bitumen products. Nynas has four refineries: Harburg in Germany, Nynäshamn and Gothenburg in Sweden and Eastham in the UK. Eastham is a joint venture with Shell.

Axing for the sake of axing: Unions denounce closure of profitable Continental...