You are here: Home1 / News2 / Company News3 / Revisiting the past for a better future – Continental looks at Nazi era a... 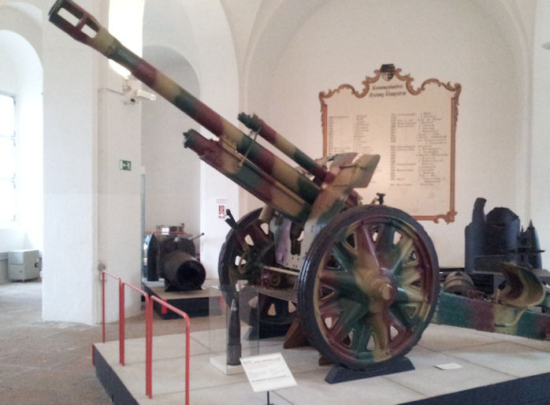 The Nazi regime benefitted from Continental products, such as the tyres fitted to this artillery piece

Confronting one’s past can be a taxing experience, all the more so when this past includes one of history’s darkest hours. But this is exactly what tyre maker and automotive systems company Continental is doing in the run-up to its 150th anniversary – it is looking back more than three-quarters of a century to examine the firm’s role within the Nazi system and in Hitler’s war. Continental’s review of its involvement with the National Socialist government in Germany is being supported by the findings of an independent academic study, which was presented this morning.

The 800-page study traces in detail how Continental became a pillar of the National Socialist armaments and war economy and at the same time financially benefited from the regime’s mobilisation and armament policy. The broad-based study, titled ‘Zulieferer für Hitlers Krieg. Der Continental-Konzern in der NS-Zeit‘ (Supplier to Hitler’s War. The Continental Group in the Nazi Era) was conducted by historian Professor Paul Erker (LMU Munich), a renowned expert on corporate history in the Nazi era. The study pursues a ’virtual corporation’ approach, including companies that weren’t part of Continental prior to 1945, such as Teves, VDO, Phoenix and Semperit. Erker explains the rationale for this: “My study was based on the conviction that when you acquire a company, you also acquire the company’s history.”

“The study shows that Continental was an important part of Hitler’s war machine,” states Dr Elmar Degenhart, chief executive officer of Continental, adding: “We commissioned the study in order to gain more clarity about the darkest chapter in our company’s history. That’s why we specifically included those companies that were not part of Continental at the time. The study is a consciously chosen opportunity and a renewed motive for us to face up to our responsibility and, on the basis of past experiences, to understand our identity more clearly and to create a better future. This is the duty of each new generation. So today we are by no means drawing a line under this responsibility.”

Degenhart concedes that reading the study was not easy. “I was shocked by the extent to which Continental’s management was embedded in the crimes of the Nazi regime.” Although distancing themselves from the Nazis in some respects, they took advantage of the new circumstances and by doing so adapted to the new regime and ultimately collaborated with it. The CEO views the study as a “warning and appeal to business leaders to be very careful in handling responsibility.”

The study traces in detail how Continental’s corporate culture was gradually distorted, starting with the dismissal of four Jewish Supervisory Board members in 1933, and how the company developed into a wartime business. It presents the behaviour and decision-making processes of the then management along with the experiences of employees. Prior to the war and before the product portfolio became ever more dominated by armaments, Continental manufactured numerous consumer products, yet the company’s production also supported a system getting ready to wage war. “The supplier industry and companies such as Continental, VDO, Teves, Phoenix and Semperit were the backbone of the National Socialist armaments and war economy,” notes Erker.

According to the study, Continental used a total of around 10,000 forced labourers during the Second World War. Their origins were diverse and ranged from Italian ‘young fascists’ to temporary workers from occupied Belgium and French and Russian prisoners of war. Over time, the nature of their deployment became more radical and in the final years of the war, for example, concentration camp prisoners were used in the production of gas masks and in the relocation of production to underground facilities. They were subjected to inhumane living and working conditions.

Continental’s management was actively involved in this process and contributed to the gradual radicalisation of the mobilised workforce. “At Continental there were no ominous signs of a systematic system of repression, but nevertheless there were dynamics of their own on the part of individual functionaries,” comments Erker. In this context, he also documents Continental’s involvement in shoe testing tracks, where concentration camp prisoners were exploited and maltreated to the point of debilitation and death.

A key finding of the study is how susceptible Continental’s corporate culture in general was to the Nazi ideology of a corporate community and the political-ideological goals of the Nazi regime. The Continental case study reveals that corporate culture was distorted not only from the outside, but also from inside. “This shows how corporate cultures can quickly topple under pressure from political regimes and opposing social influences,” says Dr Ariane Reinhart, Continental Executive Board member for Human Relations. “For this reason, corporate cultures must be constantly re-examined, strengthened and continuously developed. This includes a healthy culture of remembrance in order to draw from the past the certainty for our identity today and the lessons for the present and future.”

Continental initiated its study four years ago with the aim of it providing a comprehensive, academically neutral portrayal of corporate behaviour during the Nazi era. “With the precise reconstruction and analysis of Continental’s history in the period from 1933 to 1945, this reappraisal is an important contribution to international corporate history research,” says Erker. “The study is a history of five companies in the supplier industry that are now jointly part of Continental. This approach provides interesting comparisons and highlights differences as well as similarities.” Teves, for example, succeeded in many cases in evading the attempts of the Nazi authorities to monopolise and influence it, while Continental and VDO cooperated with the regime with far less conflict.

The academic basis of the work was ensured by the freedom granted to Erker to conduct his investigation independently and away from any influence or control by Continental. The company made all relevant documents available to him in full and without restriction. The restoration of the company archive in 2016 was a key factor in this regard, as it enabled Erker to access previously unknown or unevaluated material from subsidiaries that now belong to Continental – this accounted for around 30 per cent of the material he utilised.

Lessons for the future

Dr Degenhart stresses that “the frank examination of our past is the starting point for stimulating a debate on corporate social responsibility and for integrating it internally into our corporate strategy.”

As a result of the study, Continental has launched the ‘Responsibility and Future’ programme. The aim of this is to firmly establish ongoing learning from the company’s past as a part of Continental corporate culture. Key elements to this end include the systematic integration of the study results into corporate training, as well as the opening of the company archive to the academic community on the occasion of the company’s 150th anniversary in autumn 2021.

In addition, Continental is sponsoring the new Siegmund Seligmann Scholarship, with which it is promoting research on economic and corporate history during the Nazi era as well as on the history of Continental. The company will also publicly present the names of its former forced labourers, to the extent that their names are known, in the form of a commemorative plaque. “Without understanding the past and without fully coming to terms with the Nazi era, a conscious and unbiased embarkment into a successful future and the next 150 years of Continental is not possible,” comments Degenhart. 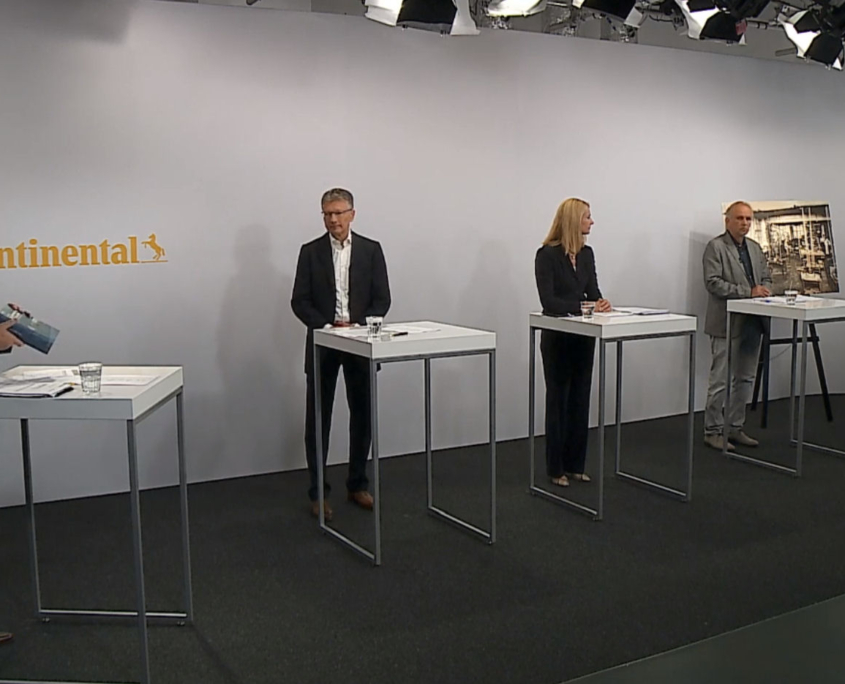 In order to meet social distancing requirements, Continental presented the study via a virtual press conference 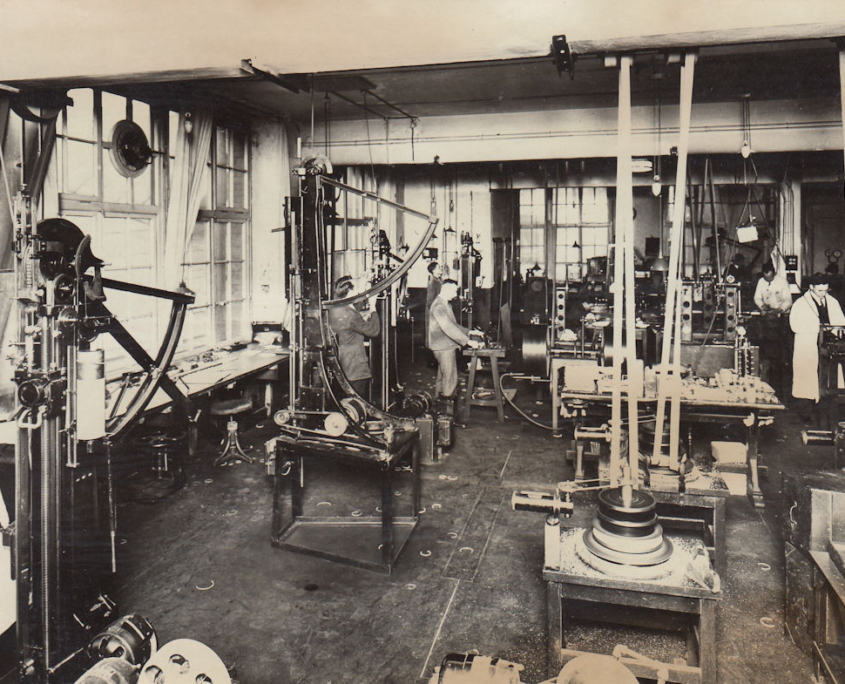 Paul Erker based his study on the conviction that when you acquire a company, you also acquire its history

The Nazi regime benefitted from Continental products, such as the tyres fitted to this artillery piece