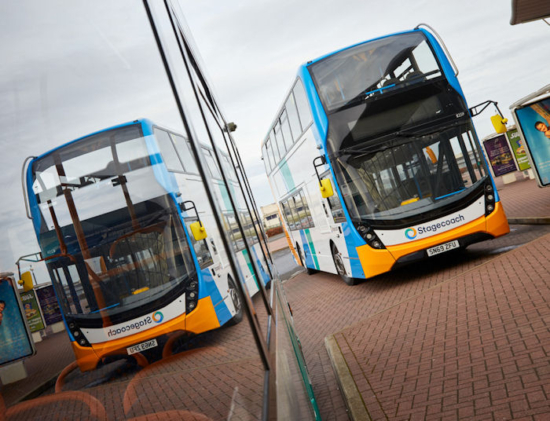 The UK’s new heavy goods vehicle (HGV) market declined by 73.4 per cent year-on-year in the second quarter of 2020. The Society of Motor Manufacturers and Traders (SMMT) reports that 4,151 units were registered between 1 March and 30 June 2020. Just 328 buses and coaches joined UK roads during the quarter.

While the bulk of the HGV sector decline was driven by coronavirus lockdown measures, a particularly strong Q2 in 2019 – when the introduction of smart tachographs saw a large uptick in orders – contributed to this year’s decline.

Registrations of rigid trucks fell 72.6 per cent, with both the >6-16T and >16T segments experiencing similar sharp declines. Elsewhere, demand for articulated heavy trucks fell by 74.7 per cent to 1,525 units. While tractors continued to make up the majority of HGV registrations with a 35.9 per cent market share, all segments saw demand halved or worse.

“Such a sharp decrease in heavy commercial vehicle registrations is deeply concerning given the sector’s critical role in keeping the country moving,” comments Mike Hawes, SMMT chief executive. “While it is important to be mindful of the pronounced boost the introduction of new technologies had on last year’s figures, 2020 has been unprecedented. Given the current economic uncertainties, restoring operator confidence will be crucial in driving the UK’s recovery but also ensuring it is a green recovery, as getting more of the latest high-tech, low emission vehicles onto our roads is key to addressing environmental concerns.”

A similar downturn was witnessed in new bus and coach registrations. These fell 77.1 per cent year-on-year in the second quarter of 2020. The decline follows an almost complete standstill of public road passenger transport as pandemic lockdown measures were implemented throughout the country from mid-March.

Single-deck bus registrations saw the biggest decline, down 93.3 per cent to just 51 vehicles, as double-deck bus demand also fell substantially, down 62.7 per cent. Meanwhile, demand for minibuses fell 57.6 per cent to just over 200 vehicles, albeit still showing growth in the year to date of 21.5 per cent following a buoyant first quarter.

Overall, figures for the first six months show a decrease in demand of more than a third (-34.6 per cent) to 1,731 units. Registrations of single-decks and double-decks fell significantly, dropping by 67.5 per cent and 61.7 per cent respectively.

“The pandemic has had a devastating effect on the UK bus and coach market. With lockdown measures halting nearly all road public transport, operators’ willingness and ability to invest in their fleets has plummeted,” says Mike Hawes. “It’s essential that this vital sector can spring back into action as restrictions ease and people return to work and school. We urgently need the government investment announced earlier this year to be released to get the sector moving and the latest low emissions buses on the road to replace the most polluting older vehicles. Longer-term, we need a national bus strategy to help inject confidence into both the sector and, importantly, the travelling public.”