You are here: Home1 / News2 / Company News3 / Black Bear Carbon preparing to go back on-stream prior to technology’s r... 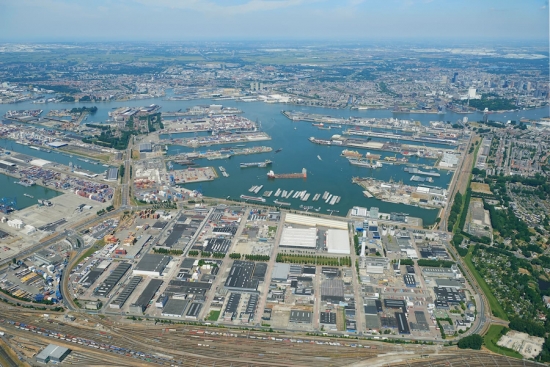 Ten years have passed since a small team with a clever idea and a vision formed Black Bear Carbon, and although the decade hasn’t been without its setbacks, the company is getting ready to roll out its process for recovering carbon black and other valuable raw materials from end of life tyres. Pending financing, a new plant in Rotterdam, the Netherlands will be operational by the end of next year. This will act as a showcase for the technology, which Black Bear then intends to introduce into other markets together with partners. At the same time, the company is working on other initiatives that it expects will be successful in the near future.

Sales and R&D director Ad van Oorschot confirms that Black Bear’s plans are on track. “We’re currently in negotiations with several parties for the financing of the rebuild, and we want to start work as quickly as possible.” The key partner in the project is the Port of Rotterdam, while other investors may come on board, Black Bear and Europe’s largest seaport will together hold the greatest share. This main partner has been “very supportive” so far and has aided considerably with the task of obtaining the necessary permissions for setting up and operating the plant.

The Port of Rotterdam, for its part, views the project as a means of reinforcing its green credentials. “We welcome Black Bear Carbon with its cutting-edge circular technology to Rotterdam,” stated Allard Castelein, chief executive officer of the Port of Rotterdam, after the future plant’s chosen location was announced last November. “To bring our port and industrial complex in line with the Paris Climate Treaty we have to move towards circular production processes. Black Bear Carbon has a good fit with the existing chemical industry in Rotterdam.”

The new ‘Recovered Carbon Black Nederland’ facility is, as van Oorschot remarks, a “rebuild” rather than Black Bear’s very first plant for recovering raw materials from tyres. It previously operated a plant in Nederweert, in the southeast corner of the Netherlands. Work began on this in 2016 and it came on-stream in 2016, but the facility was shuttered after a couple of incidents, the most recent a blaze at the site earlier this year. “A fire in the roof damaged the equipment to such an extent that most of it was no longer usable,” the sales and R&D director shares. “The incidents had nothing to do with our pyrolysis process, but unfortunately the damage was such that we’ve had to start again from scratch.” The aim now is for production at the new site to commence in the fourth quarter of 2021 ahead of full production in the first quarter of the following year.

Black Bear’s technology employs a carbonisation process to decompose granulate from end of life tyres into carbon black, pyrolysis oil and gas. Van Oorschot says the plant in the Port of Rotterdam will have a capacity to process 30,000 tonnes of tyre shreds (with metal already removed) a year, and from this produce at least 12,000 tonnes of recovered carbon black and 13,0000 to 14,0000 tonnes of oil. An additional product resulting from the process is pyrolysis gas – this can be reused in the production process or can be employed to generate electricity.

The partnership model that Black Bear prefers involves supplying its technology and – if the partner desires – providing additional services. “Partners pay a licensing fee for the technology, and we work closely with them,” explains van Oorschot. “We are a technology partner, but we can also organise sales and distribution channels for the carbon black and oil that’s produced, and we can take responsibility for bringing the Black Bear brand to market. We can do everything.” Tyre makers who invest in a plant are of course completely free to use some or all of the output raw materials in their own production, he adds. “It all depends on the customer. We’re open to working with all tyre manufacturers, and a number have already approved Black Bear products. Now it’s becoming a matter of availability and making sure we get the right price.”

Testing performed by tyre makers, including some of the big names in the business, indicates that Black Bear’s carbon black can replace about 25 to 35 per cent of the carbon black currently used in their tyres on a one-to-one weight. The exact ratio depends upon the product being made. Ad van Oorschot notes that replacing existing materials on a one-to-one basis is the “quickest way” to adopt recovered carbon black in tyre production, but the material offers scope for new developments.

Carbon black is used in production processes as a reinforcer or to add colour, or a combination of both. “But you need the carbon black you’re using to be the same as it was last week, and to be the same next week and next year,” adds the sales and R&D director. “Quality must be consistent, and this is the biggest challenge for manufacturers of recovered carbon black. We’ve achieved this from both a reinforcement and a colouristic perspective.”

First Europe, then the world

Initially, Black Bear intends to focus mainly upon Europe and at the same time finetune its technology further. Van Oorschot foresees that the project in the Port of Rotterdam will lead to new developments that will improve the process and make it even more profitable. “Then in the next phase we’ll also expand into other areas of the world. Much of our customer base will be companies that operate internationally but prefer to be supplied from local resources.”

The company’s efforts to scale-up and globally roll out its technology are being aided by the appointment of Victor Vreeken as its new chief technology officer. Prior to joining Black Bear, Vreeken spent more than eight years at renewable and sustainable chemistry company Avantium, most recently as chief operations officer for the firm’s Renewable Polymers business. Vreeken’s priority is obtaining permits and other clearances for the project. After that, he will concentrate on organising supply of materials for the plant.

He won’t have to worry about a shortage of materials, at any rate. As Ad van Oorschot points out, the tyres that reach the end of their service life around the world each year would provide enough materials for Black Bear to produce at least 215 million barrels of oil and sufficient carbon black to meet one third of all industry demand. Even if the company’s technology was used to process a small fraction of these end of life tyres, the reduction in raw materials used would be considerable.