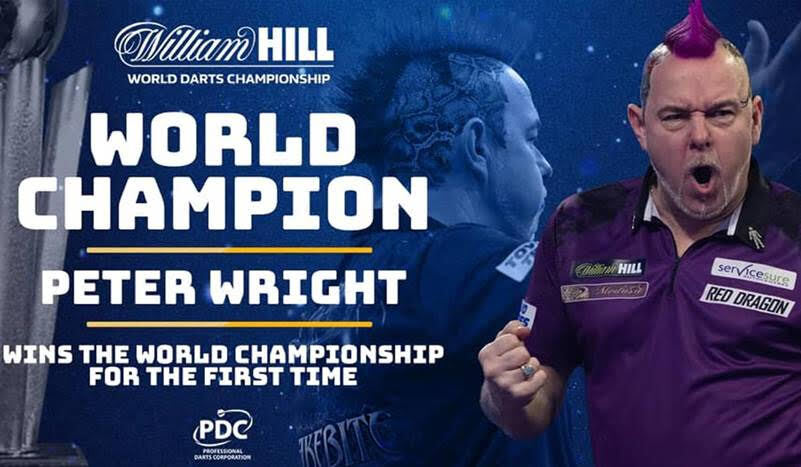 Servicesure, the national garage network of The Parts Alliance, had reason to celebrate this New Year thanks to its partnership with darts champion Peter ‘Snakebite’ Wright. The 49-year old Scottish darts player won the 2020 PDC World Darts Championship on New Year ’s Day.

He scooped his first major title, the biggest event in professional darts, by 7 sets to 3 with sustained high scoring and precision finishing.

A raucous Alexandra Palace roared on crowd favourite Peter, helping him realise a resolution that he made back at the beginning of his darts career to win the world title before he was 50.

Servicesure have sponsored Peter, who’s renowned for his colourful ‘mohawk’ hairstyle, since March 2017 when the partnership was launched with a special event at The Parts Alliance head office in Solihull.

Speaking at the sponsorship launch, former tyre fitter Peter said: “I’m thrilled to have the backing of Servicesure for what I hope will be an exciting period of my career.”

Commenting on Peter’s recent victory, Paul Dineen, head of the Servicesure programme, said: “We were thrilled to see Peter get the victory he deserved and we’re proud to be a sponsor of the man who is now the world champion – it’s a brilliant way of getting our brand out there on a global scale.

“Both Servicesure and Peter have enjoyed success since 2017, and we’re excited to be on this journey with him.”