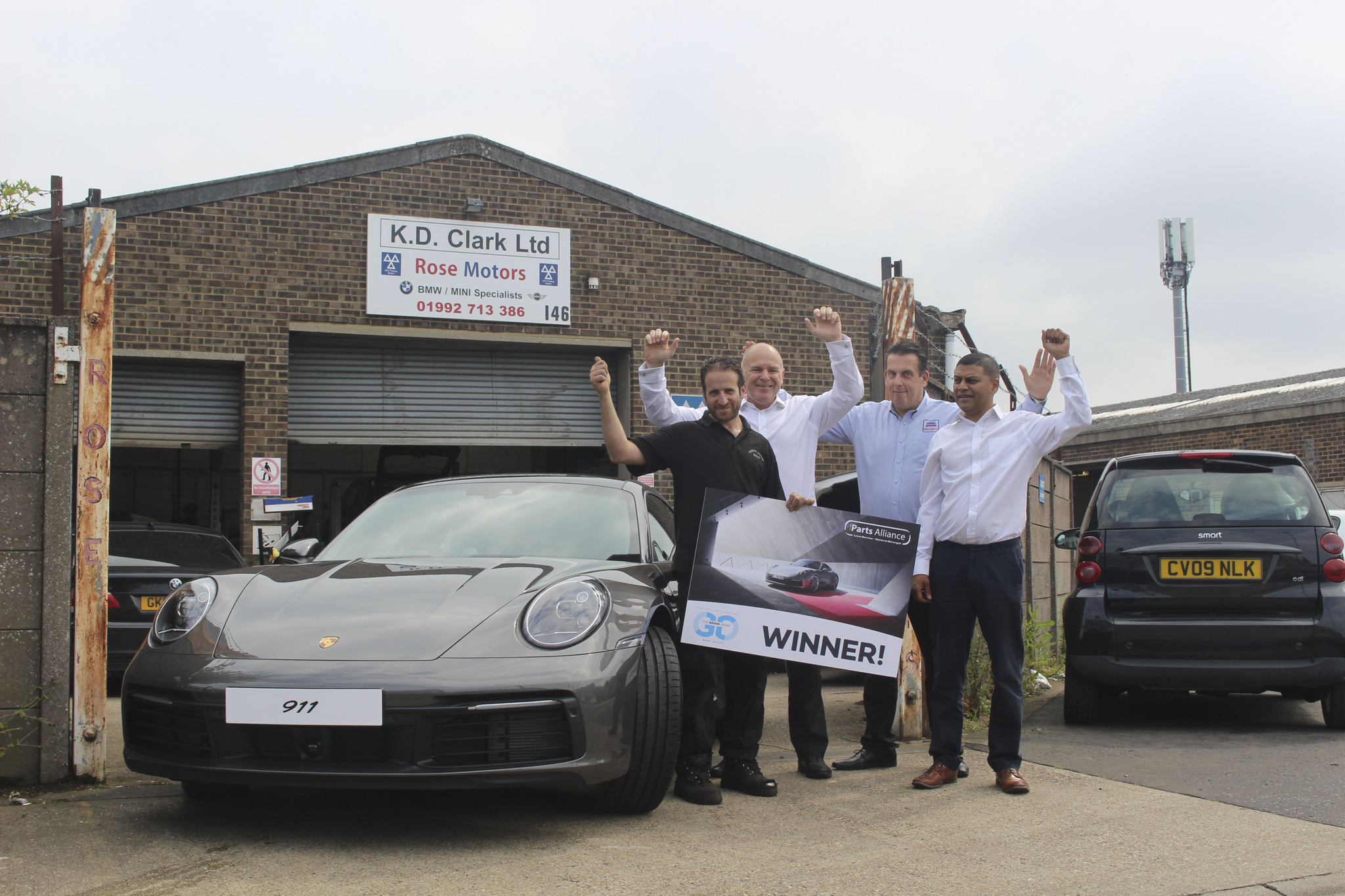 The Parts Alliance concluded its latest hugely successful promotion by revealing the winner on Tuesday 25 June. Sefket Ibrahim of Rose Motors won a brand new Porsche 911 Carrera. The car is new for 2019 as the eighth-generation 922 version of the iconic classic and retails for nearly £100,000.

The invitation-only promotion enabled customers to earn extra points on The Parts Alliance’s loyalty programme. In addition, prize draws were made regularly throughout, culminating in this final prize.

“Rewarding customers is a great way to thank them for the support that helps us keep on developing our business and the service we can offer,” said Steve Gray, divisional director of The Parts Alliance. “We always produce great prizes but in truth, nothing has ever matched the Porsche 911 for sheer excitement.”

Rose Motors is a longstanding customer of the group’s Allparts Enfield branch.  The garage has been on its current site since the 1970s and under current ownership for 7 years, specialising in BMW and Mini.

“We got a call about a visit on Tuesday from the branch,” said Sefket Ibrahim, owner of Rose Motors. “Then there were a couple of other calls checking I was in.

“They said I’d won a prize and asked me to go outside a take a look. It was just total shock when I saw a transporter box with a brand new Porsche in it.

“I couldn’t believe it and it was my birthday the next day so it was an amazing present!”

The actual car is now being ordered to bespoke customer specification, for factory production.

“This was a truly exceptional prize,” said Neil Croxson, president and COO of The Parts Alliance. “Behind eye-catching initiatives like these come tremendous amounts of investment and hard work.

Outstanding recalls could be next used-car Trading Standards issue: VRA