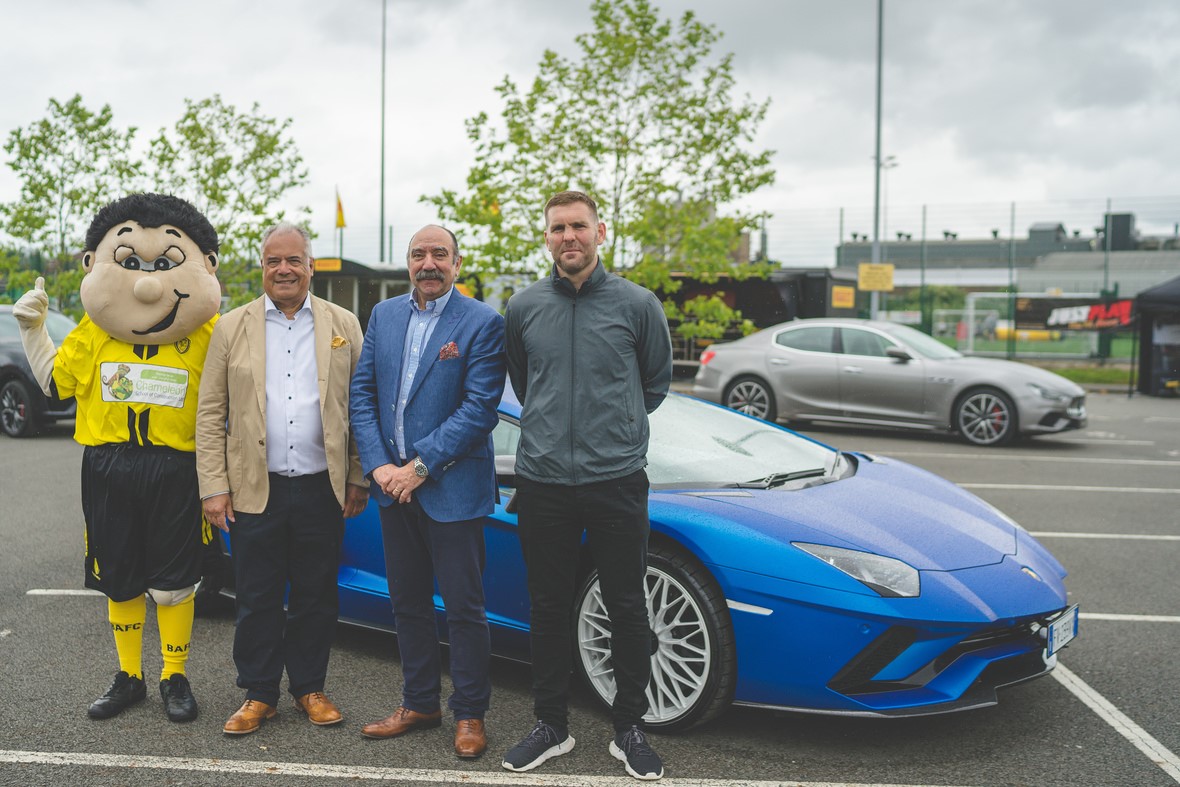 Pirelli celebrated 90 years of manufacturing at its UK headquarters in Burton upon Trent with its biggest Family Day celebration yet, held jointly with Burton Albion Football Club.

The Family Day took place at the Pirelli Stadium, which is located a few hundred metres down the road from Pirelli’s UK headquarters in Burton. Pirelli UK chairman and CEO, Dominic Sandivasci, along with Burton Albion FC Chairman, Ben Robinson, and club captain, Jake Buxton, opened the event.

The action-packed day included a mixture of both adrenaline-fuelled entertainment and family fun. Stunt driver Russ Swift was on hand to perform a series of amazing displays of precision driving. A different kind of speed was in evidence too with a falconry show, featuring the majestic flights of several birds of prey, helping to wow the crowds.

A variety of supercars parked around the site, including Ferraris and Lamborghinis shod with original equipment Pirelli P Zero tyres, could be viewed up-close-and-personal by all. Families could also enjoy a behind-the-scenes look at the Pirelli Stadium, with stadium tours giving access to normally off-limits areas of Burton Albion’s home ground.

All ages were well catered for, thanks to a Formula 1 simulator and the chance to go head-to-head racing with remote controlled cars. Staff from the Pirelli Performance Centre, the tyre retail site located on Battista Road, also brought a stand along to the event. This featured a mini pit stop challenge for visitors to test their skills at changing tyres.

For those younger ones, and perhaps a little less racing inclined, they were able to stay active with a game of inflatable tennis, a session on the bouncy castle, engage their inquisitive minds with the science workshop or get creative with a bit of face painting.

Over 1000 employees and their immediate families from both Pirelli and Burton Albion FC attended throughout the day. The day itself was free to enter, however donations were collected at the event to help raise funds for 18-month old Teddy Smith.

Teddy, the son of Pirelli MIRS engineer Rob Smith, suffers from an extremely rare genetic condition, Aicardi-Goutières Syndrome (AGS). AGS is a neurological condition that affects both the brain and immune system and requires specialist treatment in the United States, which includes physiotherapy, occupational therapy, speech therapy and potential drug trials not available in the UK.

“It’s always a pleasure to give back something extra to our hardworking employees at both our Burton and Carlisle plants by hosting a Family Day each year,” said Dominic Sandivasci.

“With this being the 90th anniversary of Pirelli at Burton we decided to go the extra mile, teaming up with our esteemed neighbours at Burton Albion to put on a fun-filled day for all those who make Pirelli what it is, and giving them a chance to share it with their closest family.

“Unfortunately Teddy Smith and his family weren’t able to attend as he’s receiving vital treatment but we wish them all the best and hope our fundraising efforts at this and other events can help him get the treatment he needs to live out a full and healthy life.”

Burton Albion chairman Ben Robinson said: “We are delighted to be able to work together with our friends at Pirelli to stage this family day and to able to host the event for the first time.

“Our shared values and commitment to the community has seen us have a long and fruitful partnership with Pirelli.

“I’m especially pleased we are also able to help raise funds for Teddy and everyone at Burton Albion sends good wishes to him and his family.”