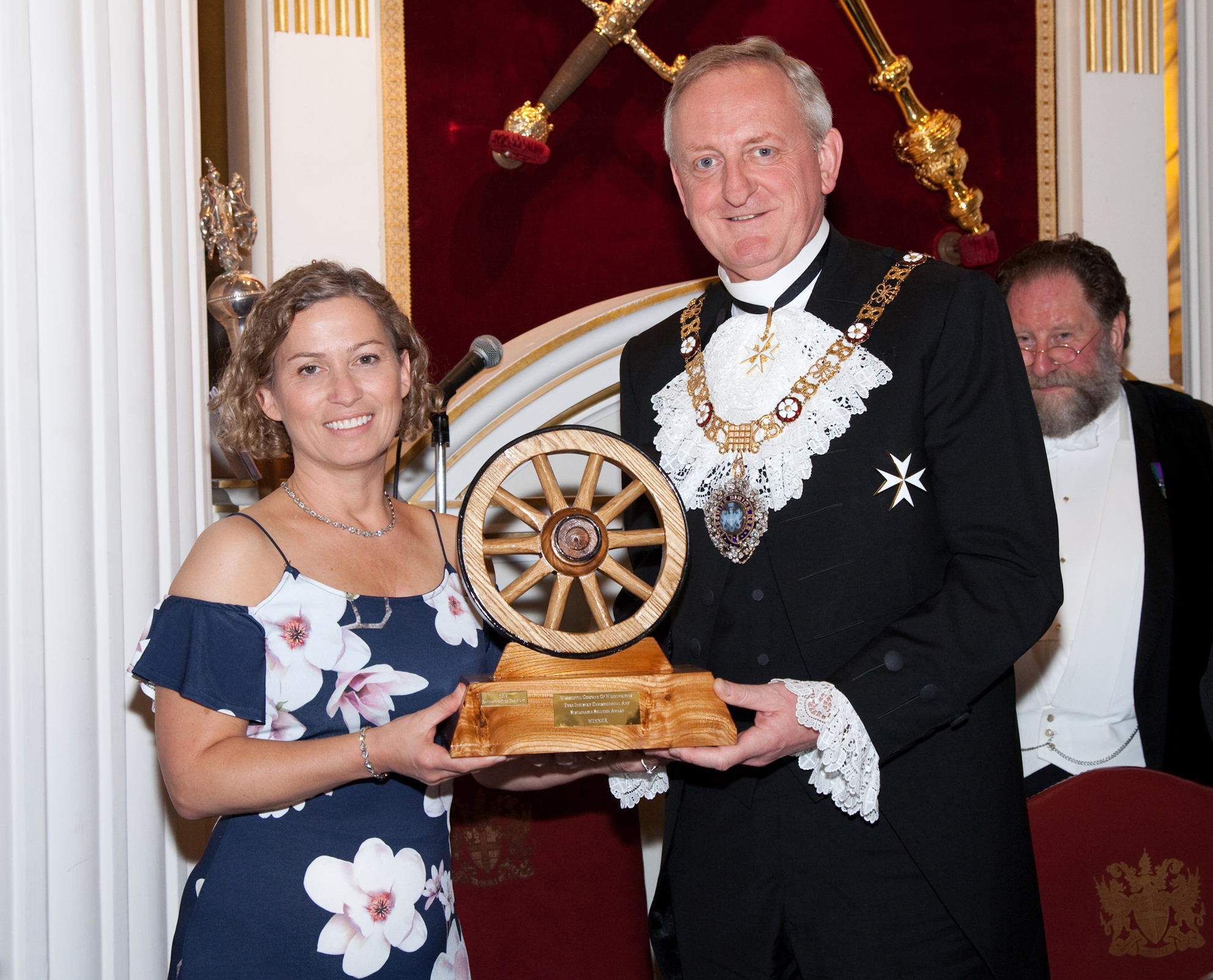 The Worshipful Company of Wheelwrights has named Continental Tyre Group Ltd the inaugural winners of the Tyre Industry Environmental & Sustainable Solution Award. The accolade was presented at the Worshipful Company of Wheelwrights White Tie Banquet. The independent judging panel looked for entries to show evidence of materially reducing the environmental impact of tyres and production over the product’s entire lifespan, whilst promoting sustainability and bringing environmental benefits to both business and wider society. Conti’s marketing director Tracey Mortimer said the award was “a huge honour,” which “highlights Continental’s commitment to environmental consideration.”

The Worshipful Company of Wheelwrights is active in the support and development of the wheelwright’s craft in England, Wales and Northern Ireland and have been promoting the craft for over 350 years. Their knowledges and expertise makes them well placed to hand out such an award. Competition for the award was strong, according to the Worshipful Company of Wheelwrights, though Continental’s submission was deemed the clear forerunner. The judging panel stated: “Continental Tyre Group Ltd’s entry was the most comprehensive and consistently scored the highest against all criteria by the judges. Continental is considered to have the most developed ‘top down’ approach to tyre manufacturing and performance and is at the forefront in using recyclates, alternative sustainable materials and new natural sources for rubber.”

The panel also acknowledged other highlights of Continental’s submission, such as its carbon emission reductions, and its research into plastic pollution from tyre and road wear particles.