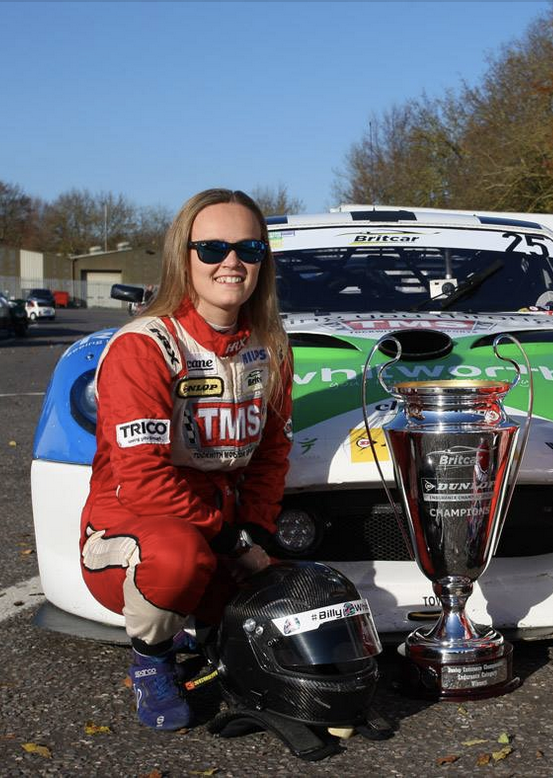 Sarah was crowned the first-ever female winner of the Britcar Championship last season and will be returning in 2019 with a new team-mate, Moh Ritson, whom she will be mentoring throughout the eight-round series, beginning at the Silverstone International circuit (30th March).

It is a formula that proved successful for the original equipment manufacturer of wiper blades and systems in 2018, with 16-year-old Matt Greenwood joining Sarah in clinching the championship. Moh, also 16, will be in safe hands alongside Sarah, as he begins his first season in the ranks following his debut in the British Junior Saloon Championship last year.

Trico’s Senior Product and Brand Manager, Sam Robinson, said he was excited at the prospect of another title tilt in 2019, with the new driver pairing taking the wheel of the Trico machine:

“Our partnership with Tockwith Motorsports is one that has gone from strength-to-strength, culminating in the championship win in 2018. To have Sarah on-board, a respected and professional driver, is a coup for us, while we are all keen to discover how Moh adapts to his first season of senior motor racing.

“We are confident that the formula of youth and experience, which worked so well for us last year, will conjure up the magic once again. We know it will be a challenge to repeat the success, but, with the winning pedigree of TMS alongside us, I am eager to see the Trico car fighting for victories once again.”

Last year, the Trico Ginetta travelled from circuit-to-circuit in its own transporter, resplendent in the TRICO livery, but it was also utilised by TMS to transport its other race cars to and from events throughout the UK and Europe, when Britcar rounds were not being hosted, thus promoting the famous 100-year-old brand across the continent.

Trico also used the transporter and car to great effect at various automotive exhibitions, with Auto Trade Expo a particular highlight. Positioned outside the main entrance at City West Conference Centre in Dublin, hundreds of visitors stopped to pose for photos with the Ginetta G50, and it impressed the organisers to the extent that TRICO was presented with the Best Stand award.

Trico will continue with this successful arrangement in 2019, and Sarah will be on-hand to help the company throughout the year, attending exhibitions, trade & customer events and corporate functions.