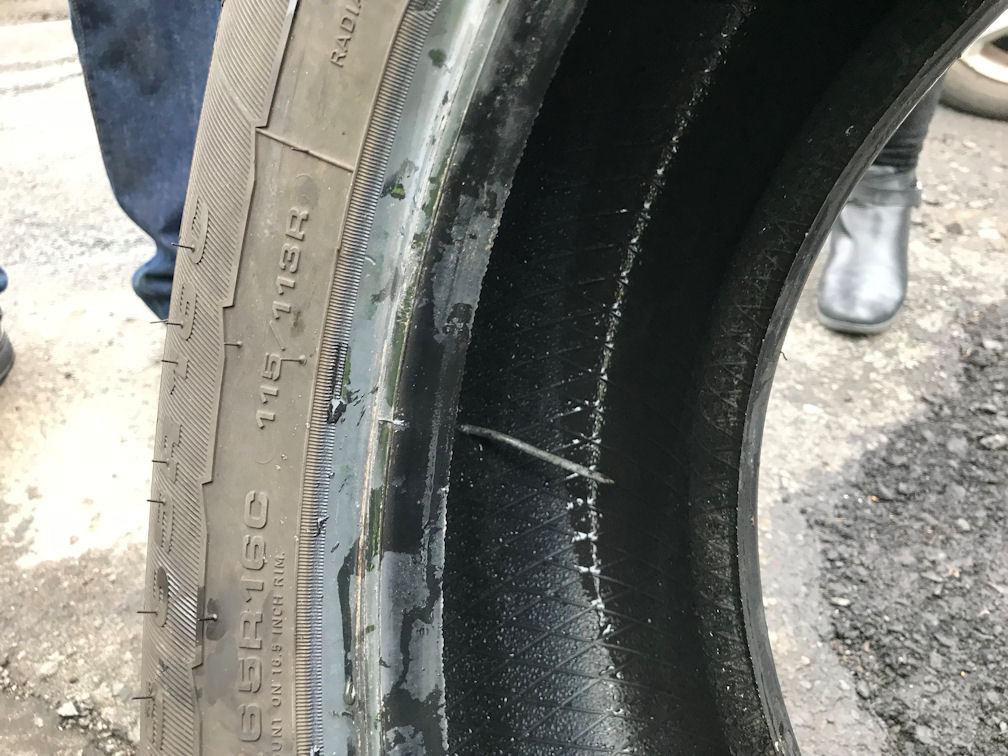 Recent convictions of retailers across the UK highlight the potential risks unsuspecting motorists take when buying part worn tyres. These cases in Scotland and London followed investigations by Trading Standards and TyreSafe into the sale of dangerous and illegal tyres. In each instance, the retailers faced stiff penalties and fines totalling thousands of pounds.

In December 2018, the owner of Springside Tyre and Valet Centre in Irvine, Scotland was handed a 120-hour Community Payback Order for breaches in product safety and consumer protection regulations following prosecution by Trading Standards officers from North Ayshire. At the hearing, it was revealed tyres had been offered for sale with an 80mm nail through a sidewall and a socket embedded in the tread.

Colleagues in Ealing brought charges against the director of JFH London Ltd trading as Perivale Tyres (Greenford), who entered a guilty plea and was fined £500 and ordered to pay prosecution costs.

“The continued vigilance of Trading Standards teams the length and breadth of the UK means at least some illegal and unsafe part worn tyres are being removed from the market,” says Stuart Jackson, chairman of TyreSafe. “However, it is clear we are just scratching the surface of a trade where a completely unacceptable level of professional incompetence and worryingly high proportion of dangerous products are being sold. Nobody is arguing for an outright ban of part worns but when over 60 per cent of tyres inspected by Trading Standards and TyreSafe are unsafe to return to the roads, it is clear that the sale of part worn tyres all too often represents a clear and present danger to road safety.

An investigation into 68 retailers of part worn tyres during last October’s Tyre Safety Month showed that 99 per cent weren’t complying with the regulations governing the sale of these products, and 75 per cent of tyres inspected were dangerous.

What does the Bugatti La Voiture Noire drive on?