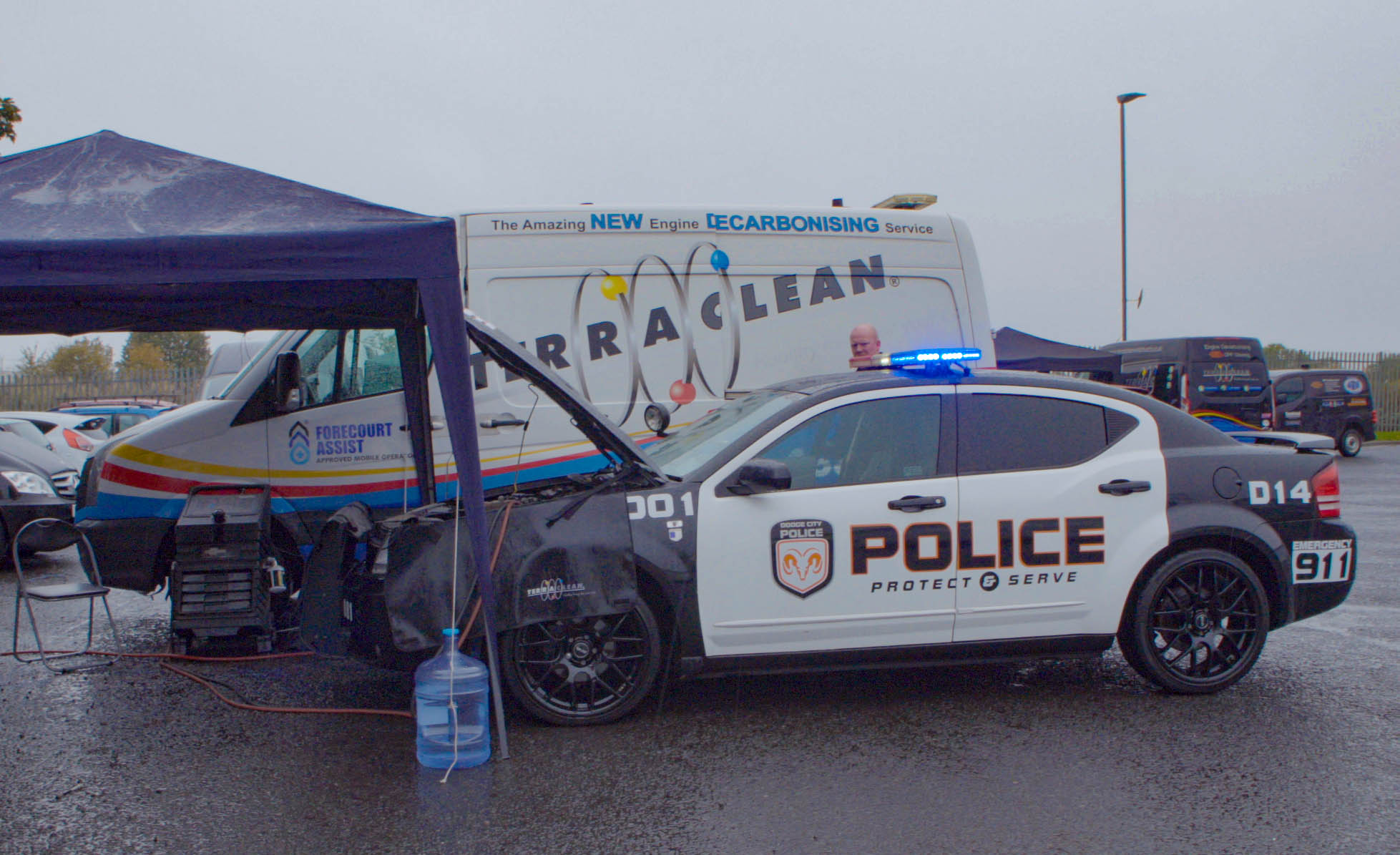 Randstad, UK distributors of TerraClean, recently hosted a unique one-off event to help develop the brand, giving away over £10,000 worth of services.

In a competition on social media which attracted hundreds of applicants, 100 lucky winners were drawn. On a wet and windy day, TerraClean felt fortunate that 90 motorists turned up and in a meticulously-planned operation, all those vehicles presented were given the unique decarbonising service.

Randstad deployed a team of over 30 people including 11 independent TC dealers who had volunteered to be part of the event.

Over the course of the day the owners turned up at a pre-allocated time, some were given a pre-service MOT compliant emissions test, then TerraCleaned, then the cars were test driven by the owners and a post-service emissions check carried out.

Post test drive, the owners were also handed over to an independent company who carried out interviews including completion of a customer satisfaction survey.

The survey results have been analysed and will give great comfort to anybody considering having the service carried out and increase interest from automotive professionals considering joining the growing TerraClean Service Centre Network.

Furthermore, Randstad invited a highly credible, totally independent automotive academic along to take an overview of the event. Sean Galvin, a highly qualified engineer who for the past 19 years has been a program leader and senior lecturer in automotive engineering at Derby University, spent the day overseeing all the activities and analysed the results.

He stated as part of his conclusion that “The TerraClean process is very effective at reducing the emissions of most of the cars under review” He added that the process could “prolong the useful life of older cars by meeting the ever more stringent emissions tariffs and that it was likely that the process through reducing carbon deposits on fuel delivery components would extend the efficient functionality of individual components and mitigate the possibility of early replacement.”

As a final note in his report he did state that the technicians carrying out the process were not only great ambassadors for the product but had a great depth of knowledge in relation to diagnostics and engineering.

The customer satisfaction surveys which asked a variety of questions revealed some excellent results and an interesting side-note about the public’s knowledge of the concept of decarbonisation.

Of the 87 owners who completed the forms over 95 per cent noticed a difference in the performance of their car in the test drive with 80 per cent of them reporting their engine to be quieter. Most pleasing to Randstad was that 100 per cent – yes everybody – said they would recommend the service to a friend & almost all of them said they were likely to have the service again at some time in the future. The one surprising result was that only about 50 per cent of the owners knew there were services available to specifically clean vehicle DPFs, the much-lambasted diesel engine emissions filter system. So, it’s clear there continues to be a need to ensure the public know that this highly expensive components can be cleaned.

Martin Dowd, managing director of Randstad who was part of the team which planned and co-ordinated the event said: “When we started planning this event we realised what a mammoth task servicing so many vehicles in one place on one day would be, it has certainly been an incredible event and one which took us well outside of our usual comfort zone – but the results have made it all worthwhile.

“We have clearly demonstrated through the technical results overseen by Mr Galvin from Derby University and the direct feedback in the form of the customer satisfaction survey, from the owners and drivers of the many vehicles we have had here today, that TerraClean provides a noticeable, meaningful, value for money proposition.”

Randstad also asked everybody to give a star rating and about 95 per cent gave 5 out of 5 – the only consolation being that the other few did give 4 stars. Dowd considers that something to work on and indicates how important customer satisfaction is to this team.