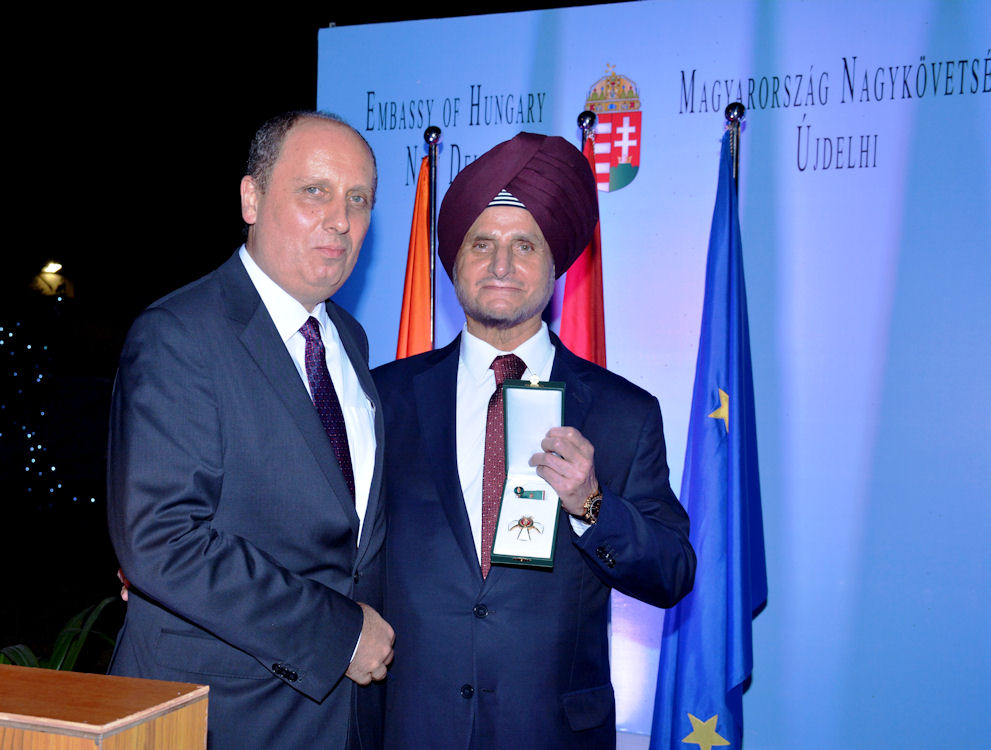 Hungary has bestowed the Officers Cross (Civilian Division) of the ‘Order of Merit’ upon Onkar S Kanwar, chairman of Apollo Tyres Ltd. This award was conferred in recognition of Kanwar’s work towards strengthening Hungarian-Indian economic relations through the company’s investment in Hungary.

This decoration was first awarded by the President of the Republic of Hungary, Janos Ader, on the recommendation of Hungary’s Prime Minister. The award was officially given to Onkar Kanwar by Gyula Petho, Hungary’s ambassador to India, at a reception in Delhi.

Apollo Tyres has invested 475 million euros to set-up its greenfield car and truck tyre plant in Gyongyoshalasz. This facility currently employs 800 people, of which nearly 95 per cent are locals. This is Apollo Tyres’ second production facility in Europe and sixth worldwide. Production capacity continues to be ramped up in this facility and will reach the planned production levels for Phase I by next year.