You are here: Home1 / News2 / Legislation3 / ETRMA study: Rescaling of tyre label would be premature

ETRMA study: Rescaling of tyre label would be premature 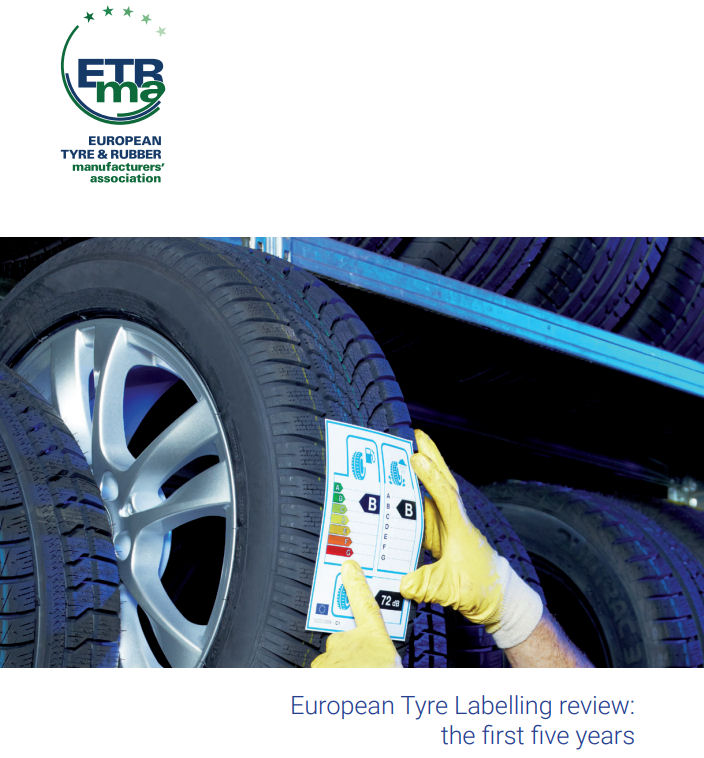 The Market Surveillance Action on Tyres 2015 (MSTyr15) project may claim success in its aim of ensuring the enforcement of tyre labelling regulations, yet enforcement is only effective if end consumers actually consider label results when buying tyres. A report funded by the European Tyre & Rubber Manufacturers’ Association (ETRMA) suggests they aren’t, and the association wants this considered during the European Commission’s current review of tyre label regulation (1222/2009).

On behalf of the ETRMA, information technology company the Lizeo Group analysed 400,000 passenger car tyre (C1), van tyre (C2) and truck and bus tyre (C3) labels in the EU28 region between 2012 and 2017 and looked at the presence in the market of different label combinations for rolling resistance and wet grip.

The report found no significant increase in the market uptake of tyres with high ratings. The rating E-C remains the most common C1 and C2 label result in Europe. Looking at these findings, the ETRMA has determined the tyre label is still a “young tool” and not sufficiently well known by drivers and fleet managers. As a result, it believes there is “still a significant potential for awareness growth of the current tyre label.” The most common tyre label for passenger car tyres in 2012-13 was E-C –E for rolling resistance and C for wet grip. It was still the most common in 2017, accounting for around a quarter of the passenger car tyre market. Less than 0.1 per cent of all tyres are currently labelled A-A, while more than 98 per cent of all tyres still have label ratings below B-B.

The ETRMA opines that consumers are “still in the process of gaining better awareness and understanding of its benefits.” A further factor viewed as holding back the label’s usefulness is the tendency for European consumers to base their tyre purchases upon price. The ETRMA notes that while the number of tyre brands on the market has increased 20 per cent in recent years, this rise has been 134 per cent in the budget segment.

When asked about the need to build broad awareness of the labelling system, Fazilet Cinaralp, secretary general of ETRMA said: “Looking at this study, it is clear that the tyre label still needs to establish itself and that the market has yet to fully appreciate the benefits brought by the use of tyres with the best combinations of rolling resistance and wet grip performance. There is also the need to recognise that, given that these attributes are interdependent, it’s a huge technological success to be able to create high grade tyres both for fuel efficiency and safety.

“Unfortunately, the Lizeo study shows that there is a low consumer awareness – not only of the tyre label – but also of the fact that tyres are a highly technological product with considerable differences in performance and not just price,” Cinaralp added. “As a result, when discussing a review of the label, the main focus should be on what can be done to increase awareness and market up-take, before changing the grading system adding new and more ambitious classes.”

The Lizeo Group’s report comes at a timely moment, as the European Commission is proposing a rescaling of the tyre label in its new proposed regulation on the labelling of tyres of 2018. The proposal is currently under review by the European Parliament and the Council. The ETRMA views the Commission’s work in this area as being of limited utility, however.

In contrast to the Lizeo study, the European Commission Impact Assessment of 2018 looked at data from only one tyre market – Germany – and examined each performance criterion, rolling resistance and wet grip, in isolation. The two studies are therefore difficult to compare but the ETRMA views the Impact Assessment as “far more optimistic” than the Lizeo report, especially when looking at data for 2017, even if there is no huge discrepancy between the two sets of data.

“The results clearly indicate that any rescaling of the labelling system at this stage would be premature. The criteria for rescaling which are set in the Labelling Framework Regulation are not met and there has not been enough change at the top of the scale,” concluded Fazilet Cinaralp.

The Lizeo Group’s study also discovered that about 4,000 tyres were wrongly labelled. This supports the findings within the European Commission-funded MSTyr15 Report.

As the ETRMA states, the Lizeo Group study clearly indicates that the top label classes, in the combination of rolling resistance and wet grip, remain mostly unpopulated. The association stresses: “These facts need to be taken into account when reviewing the tyre label regulation (1222/2009) to ensure that the resulting new rules correctly reflect the European tyre label market and are enforceable and effective.”