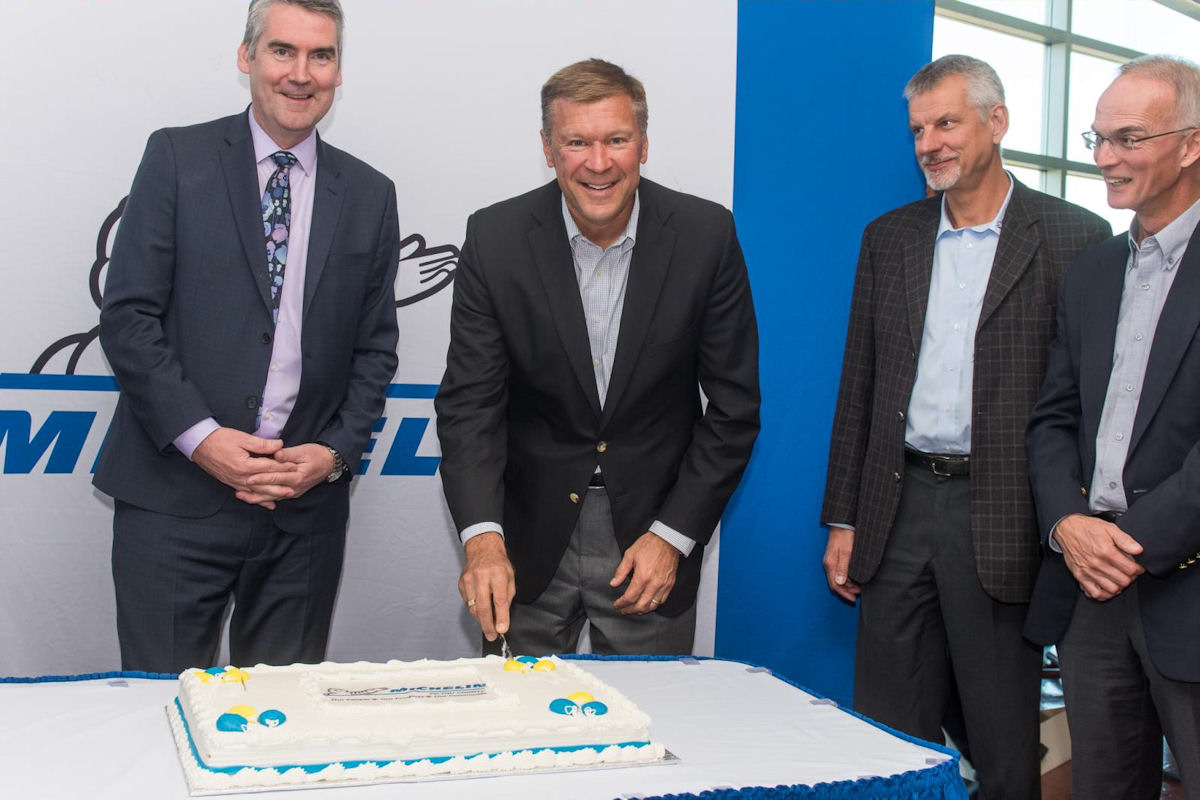 Investments totalling CA$21 million (£12.3 million) will add 150 new jobs to the Michelin tyre factory in Nova Scotia, Canada and make permanent 200 temporary positions that were previously slated to end in 2020. The investments take the form of two new projects at Michelin’s Pictou County site – a new winter tyre line and the North American launch of a new process for semi-finished materials. These projects are valued at $9 million and $12 million respectively.

“This is amazing news for Michelin in Nova Scotia, as these two projects push Michelin’s employment in Nova Scotia to more than 3,600, the highest levels seen in our almost 50-year history,” said Jeff MacLean, president, Michelin North America (Canada) Inc. “This is a testament to the dedication of our employees, the support of our community and government partners, and our continued ability to deliver top-quality products for the North American marketplace.”

Building on the success of the site’s production of the Michelin Latitude X-Ice X12 winter tyre for the Canadian and US markets, the Pictou County site will soon begin making a new Michelin winter tyre for North America. Production of the new tyre line – its brand name has not yet been announced – will begin in autumn 2019 and will be available for consumers the following year. Expansion of the plant’s portfolio to include this new range enables Michelin to retain around 200 positions that would overwise ended in May 2020, and an additional 130 new workers will be hired.

Michelin is also installing a semi-finished manufacturing process at the Pictou County site. The tyre maker describes the process as “innovative” and says it will improve the plant’s market competitiveness. “New to North America, this innovative process allows us to produce semi-finished materials needed for tyre-building right here at home,” said MacLean. “These investments allow us to remain competitive in the marketplace, while continuing to build our future here in Nova Scotia.”

The $12 million earmarked for this project covers the cost of purchasing state-of-the art equipment as well as building renovations and new storage facilities at the site. The project will span 2019-20 and, from mid-2019, will add 20 new employees to the site. The semi-finished products made in Pictou County will be used in several North American Michelin sites.

Michelin is receiving support for these projects from the Province of Nova Scotia through the Nova Scotia Business Inc. Innovation Rebate Program, which will contribute $3.56 million. Support also came in the form of training from the region’s Department of Labour and Advanced Education.

ETRMA study: Rescaling of tyre label would be premature