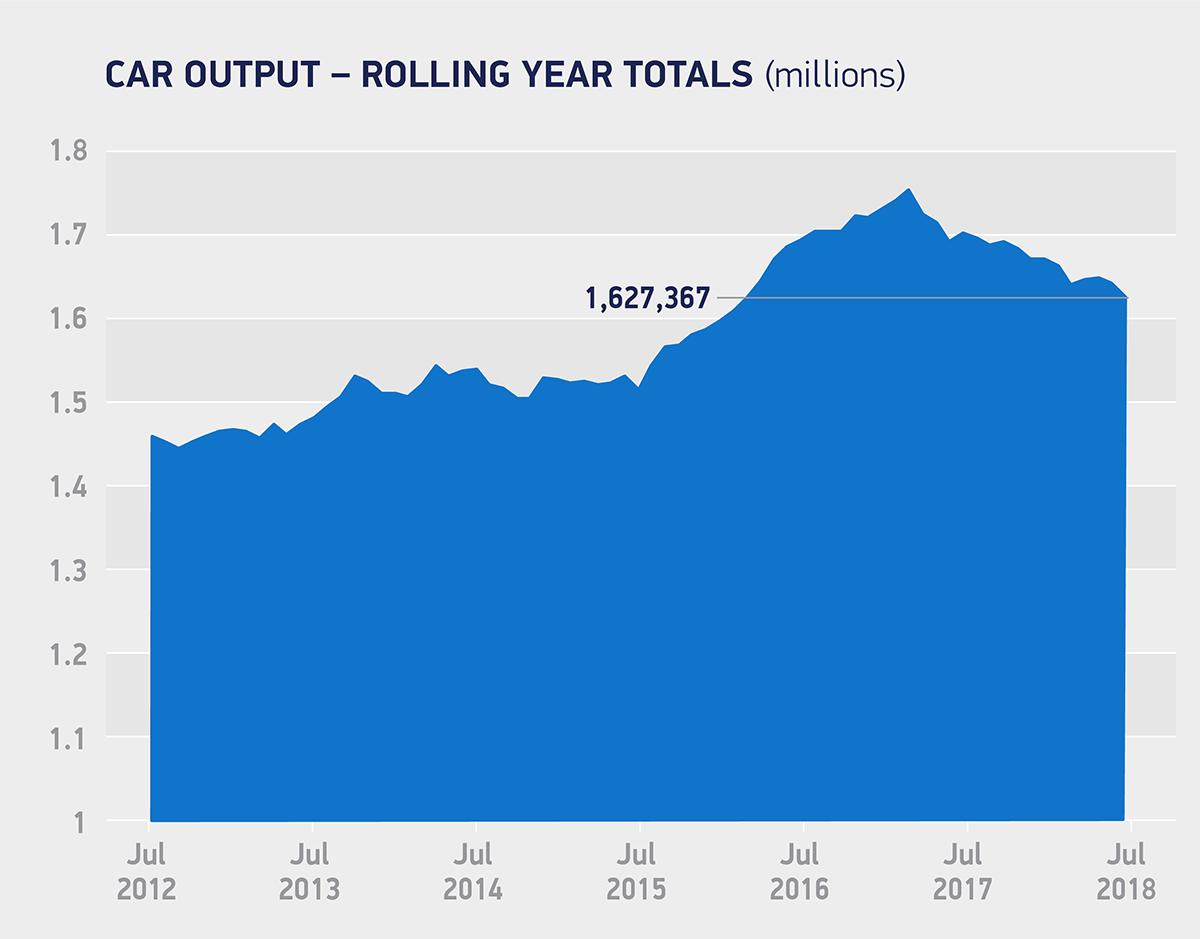 According to figures released today by the Society of Motor Manufacturers and Traders (SMMT), UK car production declined -11.0 per cent in July. 121,051 units left production lines as a raft of factors, including model changes, seasonal and operational adjustments and preparation for the introduction of the tough new emissions standards, affected output.

Production for export in the month fell -4.2 per cent, while -35.0 per cent fewer cars were built for the UK market. However, the declines follow a particularly strong July in 2017 when the launch of several new models boosted output by almost 10,000 units and resulted in a substantial 17.7 per cent rise in British demand for the month.

In the year to date, the sector remains broadly on track to meet 2018 expectations, with 955,453 cars built in the first seven months. While production for the UK is currently down -16.0 per cent compared with the same period last year, exports remain strong, dipping by a more moderate -1.2 per cent and accounting for 81.3 per cent of all output.

The bigger picture is complex and month by month fluctuations are inevitable as manufacturers manage product cycles, operational changes and the delicate balance of supply and demand from market to market.

To ensure future growth, we need political and economic clarity at home, and the continuation of beneficial trading arrangements with the EU and other key markets.