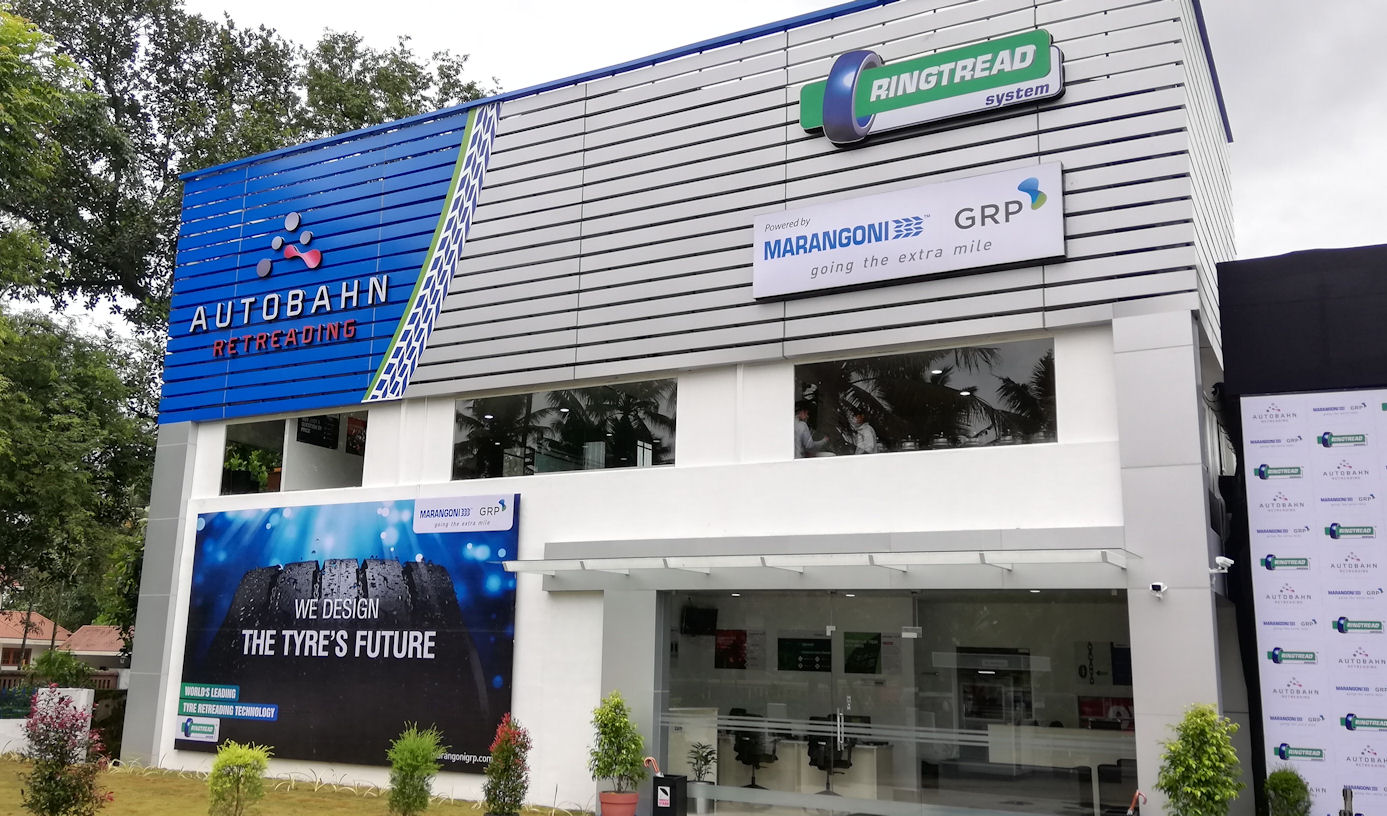 During the inauguration, Giuseppe Marangoni stressed that India is a “key growth market” for the Marangoni Group. “We strongly believe that in Ringtread, Marangoni’s spliceless retread, we have a solution that will significantly reduce the operating costs of fleets in India, and having a franchisee partner like Autobahn is essential to taking this successfully to the market. The retreading market in India needs to further professionalise and get organised and we hope to be the forefront of this transformation.”

Autobahn Retreading belongs to Autobahn Trucking Corporation, the distributor of BharatBenz trucks in India’s Kerala state. Mohamed Farzad, managing director of Autobahn Trucking, said: “We are proud to be associated with Marangoni GRP to bring cutting edge technology to the market. We hope the customers will find value and ultimately result in revenue boost to the truck operators.”

Martin Kalagin, Marangoni’s Asian operations director, sees Marangoni’s engagement in India over the past few years validated by Autobahn’s selection of the Marangoni-GRP retreading system after an extensive investigation of all available options in the market. “Being chosen by a highly professional company like Autobahn means that we have managed to correctly tailor-fit our standard global retreading system to the Indian market requirement,” he commented.

In addition to retreading truck tyres according to the Marangoni Ringtread process, Autobahn Retreading will provide related services and also offer tyre consultancy in order to help truck fleets enhance their efficiency. Hemant Kaul, chief executive officer of Marangoni GRP, stresses that the business is committed to establishing a pan-India network of franchisees and to make Ringtread technology available on a larger scale within the Indian market over the next two years. He adds that the launch in Kochi is only the beginning – there is a lot more to come.

Electric vehicle battery industry could be worth £2.7 billion for UK chemical...