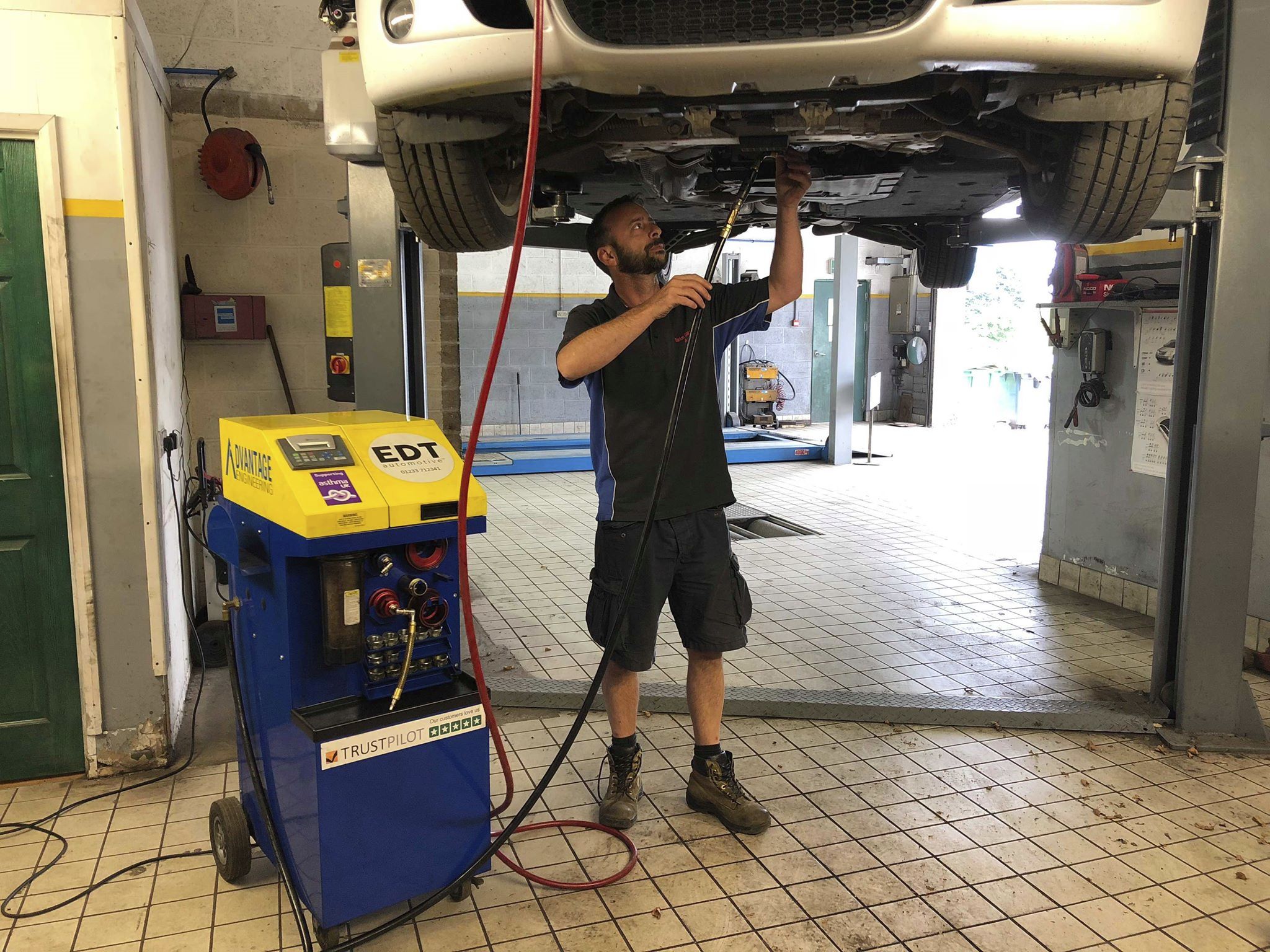 EDT Automotive says that Barton Garages has achieved “incredible results” with its range of engine decontamination machines, becoming the EDT network’s highest performing garage-partner since joining in January. According to company co-director Tracey Barton, the Yelverton-based workshop was seeing an increasing number of customer vehicles which were suffering from a high concentration of carbon build-up, putting their engines under undue strain.

“We felt it was time to take things up a level and offer an additional service to our customers to ensure vehicle health and wellbeing,” said Barton.

After conducting some initial market research, Barton discovered a wealth of positive reviews for both the engine decontamination equipment and for EDT as a business partner, and decided to approach managing director David Holmes for a consultation.

Barton continued: “EDT’s TrustPilot reviews were overwhelmingly good, which really helped to make the decision for us. After our first meeting with David we knew that EDT would complement the services that we already provided to our customers perfectly.”

EDT’s unique engine decontamination technology thoroughly cleans the oil system, effectively preparing it to receive the new oil without any of the impurities from the residue normally left after conventional servicing.

Since January, Barton Garages has undertaken over 300 EDT treatments and has multiple further bookings already scheduled.

According to Tracey Barton: “I can’t praise EDT highly enough: our customers are extremely happy with the results and they’ve told us that they can instantly feel the benefits.

“After just one treatment their cars are performing better, power delivery is improved and there are significant fuel-saving benefits too.”

Barton Garages is a family run business offering diagnostic testing, repairs, MOTs, servicing, air conditioning, tyres and exhausts. Established by John Barton in 1991, he was joined by his then 16-year old son Adrian in 1992.

Over the years the garage has grown, adding five technicians and relocating to a newly built business park in Yelverton, situated on the edge of the Dartmoor National Park in Devon. This September will see the third generation of the Barton family joining the business, with the arrival of Adrian and Tracey’s son Lewis who will join the team as an apprentice in motor engineering.

David Holmes, managing director at EDT, commented: “Barton Garages have really embraced EDT and the positive impact our technology has on their customers’ vehicles’ long-term health, which is why they’ve experienced such phenomenal success with our machines.”