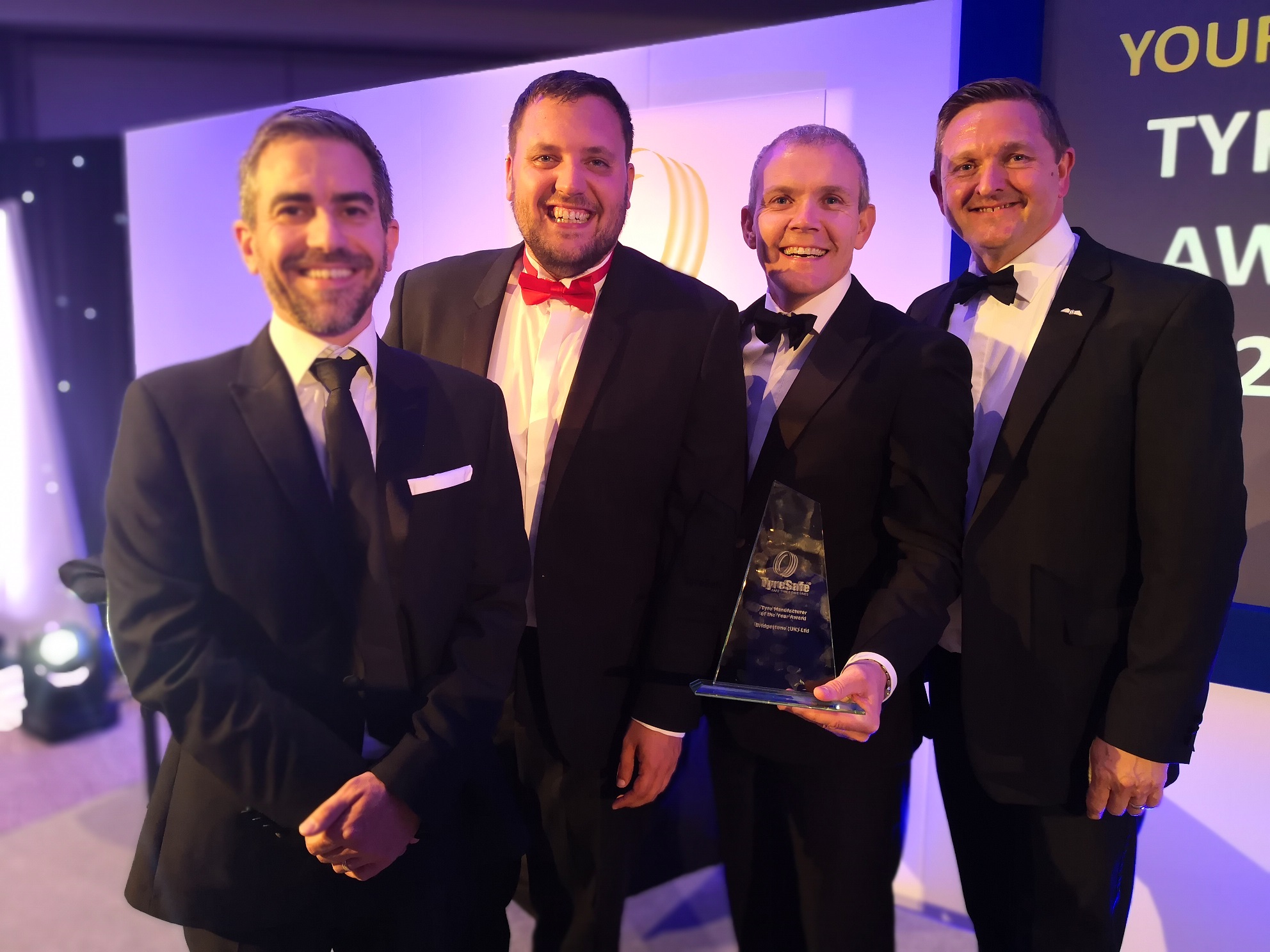 Bridgestone has been named Tyre Manufacturer of the Year honour at the TyreSafe Awards 2018. The manufacturer prevailed in the competitive category thanks to a number of safety initiatives and pro-active partnerships, which were noted by a panel of independent judges.

The accolade, presented at The Belfry in Warwickshire, represents further recognition for the Bridgestone UK team from TyreSafe, having collected the Innovation and use of Technology award for its DriveGuard tyre and the Outstanding Achievement Award in 2017.

TyreSafe recognised Bridgestone’s tyre debris study with Highways England as a significant piece of research to benefit the industry and also praised the company’s emphasis on staff training, after opening a dedicated centre at MIRA earlier in the year.

The tyre debris study took place over 18 months and revealed that road hazard and inflation pressure concerns accounted for 74 per cent of all tyre samples analysed from some of the busiest motorways in England. It was found that these two alone could potentially be avoided with correct tyre husbandry and taking simple tyre checks before setting off on journeys – when any debris could be spotted.

Bridgestone’s commercial unit has also introduced the safety-promoting retorque app, developed after an information gathering exercise with all bus, truck and trailer original equipment manufacturers, offering the correct torque settings on all vehicles.

Bridgestone’s north region consumer sales director Farrell Dolan collected the trophy on behalf of the business and was keen to pay tribute to everyone involved for their hard work over a lengthy period of time: “To win the TyreSafe Tyre Manufacturer of the Year award means a great deal to us all at Bridgestone. Tyre safety and keeping roads as safe possible – by serving society with superior quality – is at the heart of what we strive to achieve as a business. A lot of work goes into this on a daily basis, so to gain this recognition is testament to a lot of hard work.”