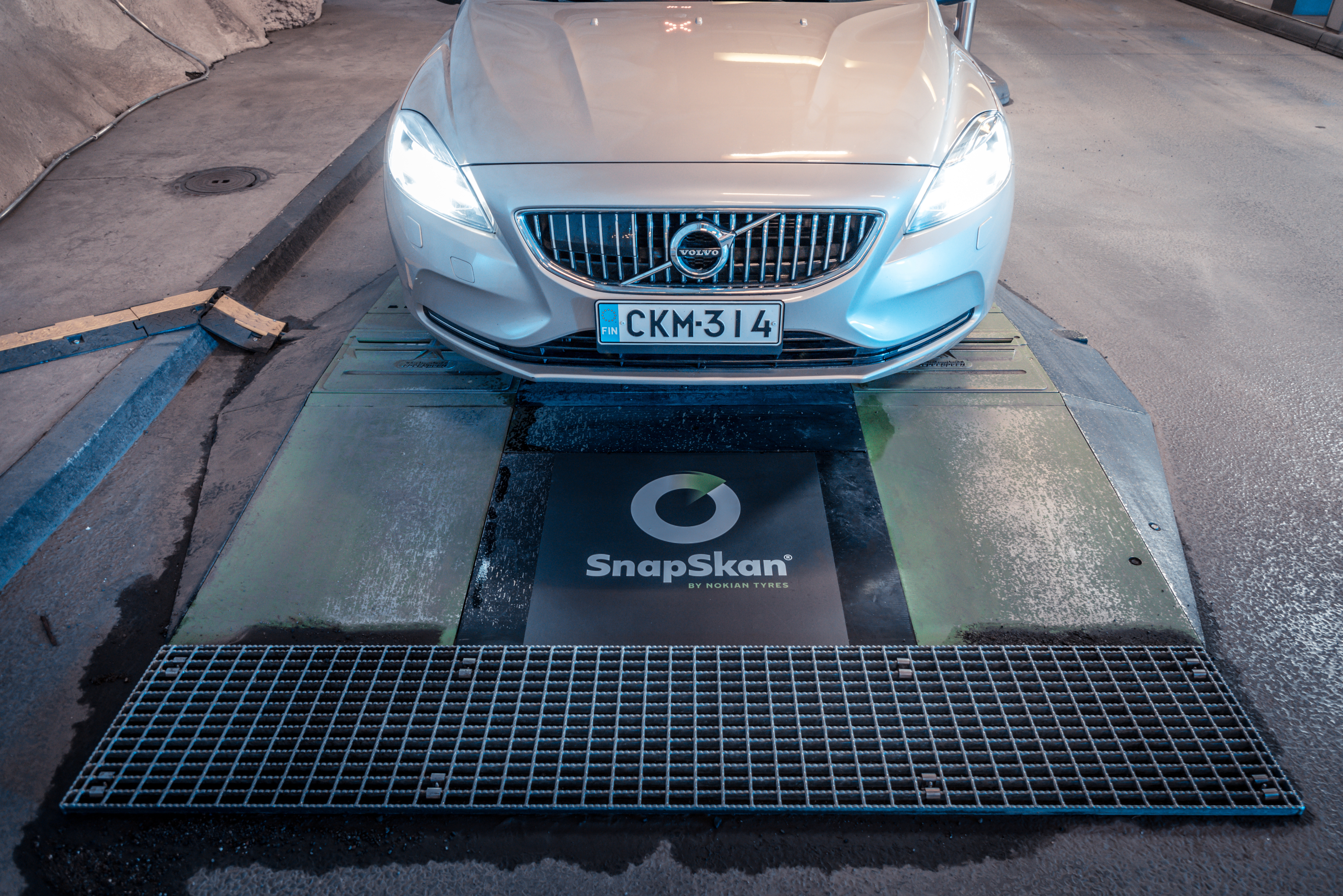 The SnapSkan digital tread service, deployed by tyre manufacturer Nokian Tyres in cooperation with its tyre retail and car service chain Vianor, is launching five new checking points in the Nordic countries. A total of four new SnapSkan service points will be opened in parking garages in various locations across Finland. SnapSkan is also going international with the opening of a new service point in Oslo, Norway. This is the first SnapSkan service point outside of Finland.

SnapSkan measures tyre tread depth by utilising the latest laser-based 3D scanning technology. SnapSkan scanners can be found at parking garages’ exits or entries. Driver drives over the scanner ramp when they enter or exit the parking garage and SnapSkan automatically scans the tyres. Driver can opt-in by sms or online either before or after the scanning to get the digital report of their tyres’ condition. If they choose not to opt-in, all the information SnapSkan has gathered of the vehicle will be permanently deleted within a week. If they opt-in for the report, it is sent to the driver’s mobile device totally free of charge. The report includes the measurements of tyre treads and a code that offers a discount on new tyres in selected stores. The service is located in places that drivers usually visit, eliminating the need for a separate stop or a drive to a checking station. SnapSkan can measure the tyres on any passenger car and it works with all tyre brands.

According to Nokian, SnapSkan is the world’s first fully automatic tyre scanning service available at a public location to everyone. The goal for SnapSkan is to improve road safety for millions of people in the future.

“Caring and safety are at the core of everything we do. SnapSkan is a unique consumer service and it sets us apart from other tyre manufacturers. SnapSkan allows us to communicate to the drivers not only the condition of their tyres, but also what effects their condition has on road safety in general,” says Hille Korhonen, President & CEO for Nokian Tyres.

“We have received a massive amount of positive customer feedback regarding SnapSkan. 80 per cent of the people we interviewed said the service was effortless to use and would recommend it to others. An even more important figure is that 70% felt that the service improves road safety, says Ville Nikkola, the Program Manager responsible for the SnapSkan service at Nokian Tyres.

SnapSkan was first introduced to the public in 2016 at the technology and startup event Slush. A prototype of the service was in use at a multi-storey parking garage in Helsinki and the first customer service point was opened in June 2017 in a parking garage in Turku, Finland. The customer feedback from these first two service points was used to develop the entire SnapSkan consumer service even further.

“We have [since] developed the service to be even more user-friendly from scanning to reporting. We feel that the service is now ready to be introduced to an even larger number of drivers”, says Nikkola.