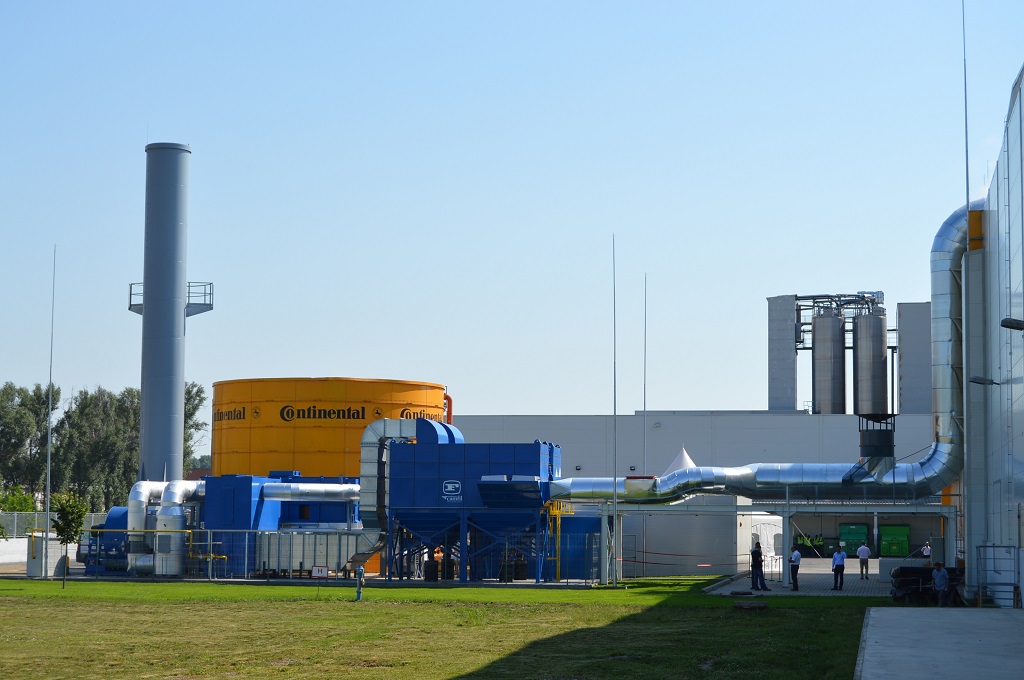 Four million euros are being invested to reduce olfactory emissions at the Continental tyre factory in Timişoara, Romania. The investment will facilitate an expansion of the plant’s regenerative thermal oxidiser system in order to stop odours arising from tyre production wafting beyond the factory site.

In a statement, Continental shares that it started conducting pilot tests on a solution in December 2013 and began implementing its regenerative thermal oxidiser system in 2015; it has invested 10.5 million euros in this technology so far. The equipment destroys volatile organic compounds in the production process by oxidising them at high temperatures. On-site testing shows the system reduces odours from tyre production by up to 80 per cent in the immediate vicinity of the factory perimeter.

In addition, Continental intends to demolish and rebuild a number of buildings at the Timişoara site in order to increase the tyre plant’s efficiency. This reconstruction work will not lead to an increase in plant capacity, rather it will streamline the processes involved in producing at current volumes.

Continental’s Timişoara plant produces car and van tyres in 13- to 20-inch sizes, including UHP tyres and sizes for electric vehicles. More than 460 million euros have been invested in the facility since it opened 18 years ago, and more than 200 million tyres have now been produced there.