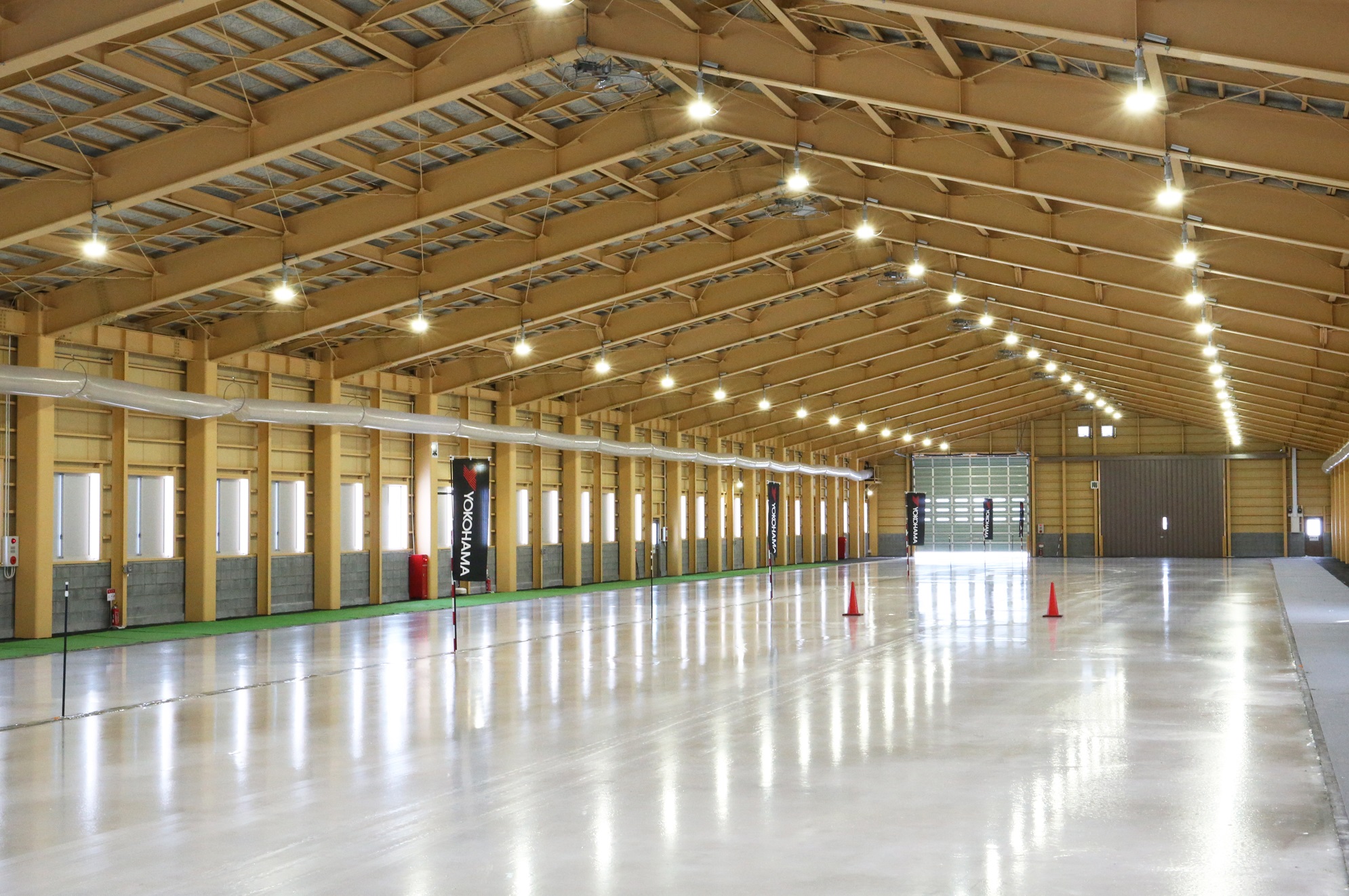 The indoor facility can test both car and truck tyres

With the opening of a new indoor facility for testing winter tyres, Yokohama Rubber says it can improve the accuracy of its test data and thus develop more advanced technologies. The indoor test centre is located at Yokohama Rubber’s Tire Test Center of Hokkaido (TTCH) facility in Asahikawa City, Japan, and began testing tyres on 5 January ahead of its official inauguration on 30 January.

The centre occupies a 2,860 square metre floorspace, and its 8.8 metre (at its highest point) ceiling means the ice track inside the building is suitable for testing truck and bus winter tyres as well as passenger car tyres. Yokohama Rubber hopes to benefit from the greater control over test conditions that the indoor facility affords it.