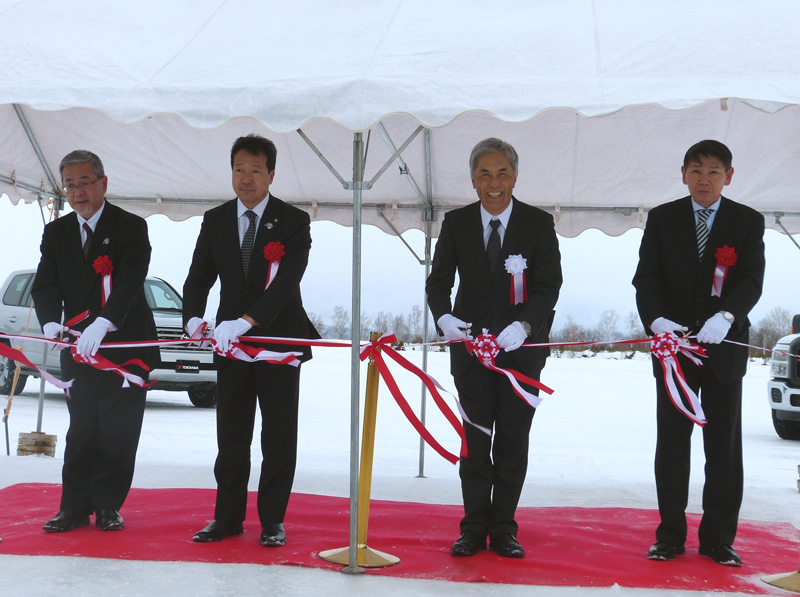 A ceremony held on 20 January marked the official opening of Yokohama Rubber’s new winter tyre testing facility in Japan. The ribbon on the Tire Test Center of Hokkaido (TTCH) was cut by a number of dignitaries, including Yokohama Rubber president Hikomitsu Noji and Masahito Nishikawa, mayor of host city Asahikawa.

The 906,462 square metre TTCH has been set up on the grounds of a former horse racetrack. Yokohama Rubber acquired the site in March 2015 and laid several test courses; in addition to a kilometre-long straight snow track, the proving ground is equipped with a flat ice track, hill track, snow and ice circle and a handling track. Passenger car testing at speeds above 100 km/h and truck and bus braking, starting and acceleration tests on a variety of road conditions, including winding and sloped roads, can be performed at the TTCH. Operations at the site began in December 2015.

The facility is a 15 minute drive from the centre of Hokkaido’s second-largest city and ten minutes from Asahikawa Airport. Winter temperatures are consistently below freezing in Asahikawa, and this will enable Yokohama Rubber to evaluate the performance of its winter tyres under severe winter conditions from the end of December to the end of February. During the rest of the year, the company will use TTCH to test summer tyres.

Prior to the opening of the TTCH, Yokohama Rubber tested its winter tyres on self-owned courses in Japan and rented facilities in Sweden. However, growth within the company’s global tyre business has brought about a rise in the number of products needing evaluation, and these products also require increasingly sophisticated evaluation methods. Therefore Yokohama’s winter tyre testing needs have outgrown the capacity of its existing T*MARY winter facility in Takasu, Hokkaido. The new TTCH facility is nearly four times the size of T*MARY.