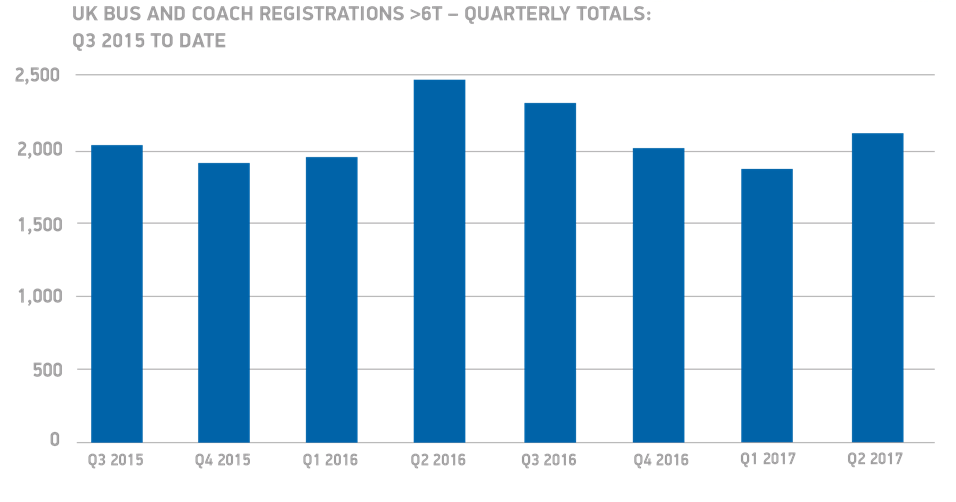 Registrations of new buses and coaches fell -15.3 per cent in the second quarter of 2017, according to figures released by the Society of Motor Manufacturers and Traders (SMMT). A total of 2,105 units were registered in the period, with demand falling for the second time this year following five consecutive quarterly rises in registrations. This decline also follows a particularly strong Q2 2016, when the market grew by 26.9 per cent on the previous year.