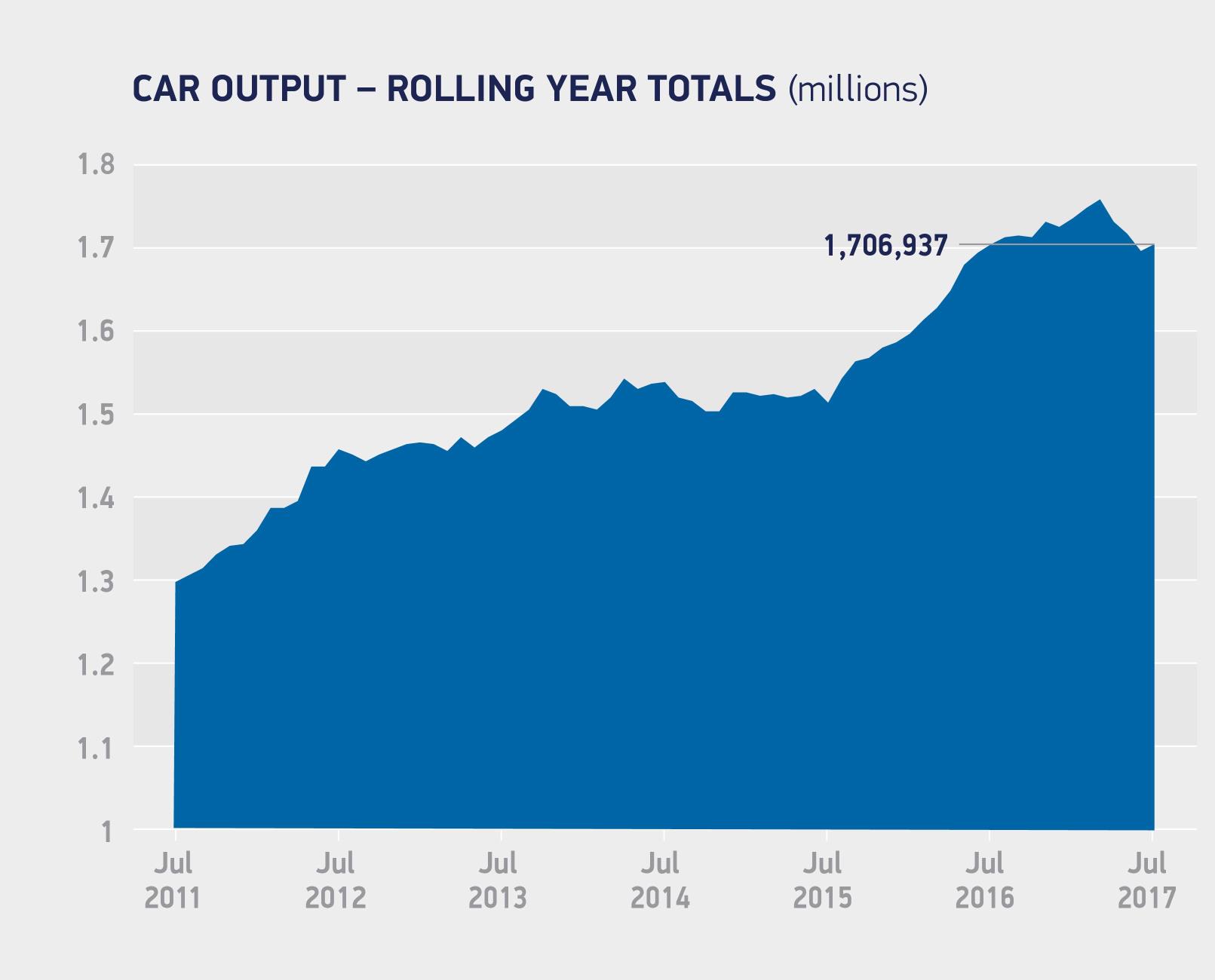 British car manufacturing rose 7.8 per cent in July, with 136,397 new units rolling off UK production lines, according to figures released today by the Society of Motor Manufacturers and Traders (SMMT). Major carmakers ramped up production for new and existing models in the month ahead of summer factory shutdowns, which provide an essential period for plant maintenance, upgrades and re-tooling.

Production for the UK bounced back in July, in readiness for the important September market, following seven successive months of decline, rising 17.7 per cent – an increase of 4,490 units – while exports also grew by 5.3 per cent. Cars made for overseas buyers represented nearly 80 per cent of output in the month with 106,525 units shipped abroad, compared with 29,872 which stayed at home.

Year-to-date new car production remains solid and has now passed the one million mark, though showing a slight dip of -1.6 per cent compared with 2016, in line with expectations. Since January, overseas customers have taken delivery of 78.8 per cent of new cars made in Britain, with UK manufacturers now exporting cars to more than 160 different countries around the world.

Mike Hawes, SMMT chief executive, said, “UK car production lines stepped up a gear in July, as usual bringing forward some production to help manage demand ahead of September and routine summer factory shutdowns. As the timing and length of these manufacturing pauses can shift each year, market performance comparisons for July and August should always be treated with caution, but as long as the economic conditions at home and abroad stay broadly stable we expect new car production to remain in line with expectations for the rest of 2017.”