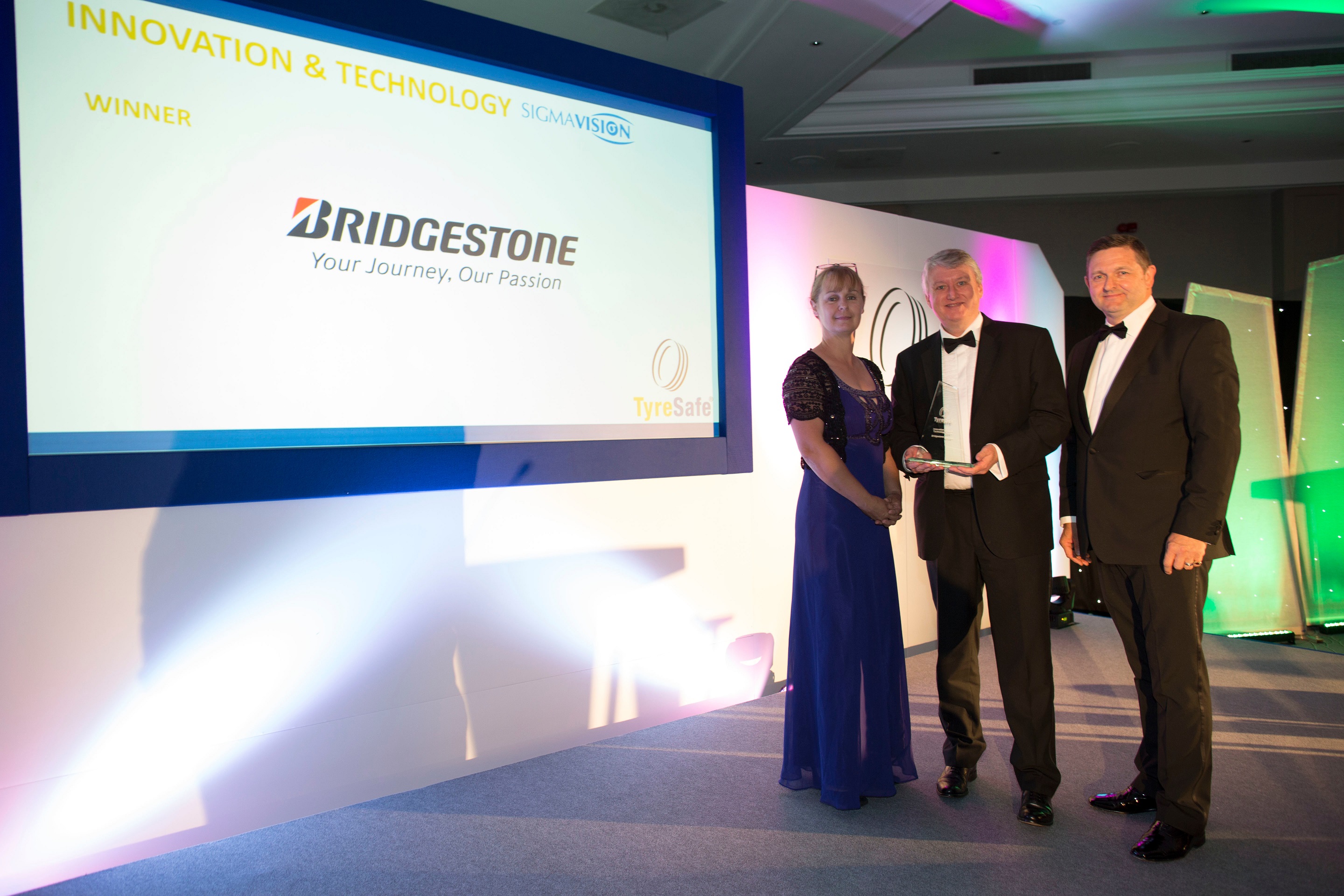 Bridgestone has been honoured with two TyreSafe Awards at 2017 prize giving ceremony. The company collected the Innovation and use of Technology award for its DriveGuard tyre, along with the Outstanding Achievement Award at the end of the night.

DriveGuard was commended for its ability to keep motorists moving after a puncture and removing the immediate burden and unsafe circumstances of a flat tyre. Bridgestone’s comprehensive and holistic approach to road safety throughout the year was then commemorated with the outstanding achievement award minutes later.

DriveGuard had already won the Auto Express Product of the Year award in 2016, not to mention the Tyre Innovation title at the Irish Auto Trade Awards.

Bridgestone also celebrated winning the Tyre Manufacturer of the Year title in 2015 and 2016 at the NTDA Awards, having scooped the Staff Training and Development accolade (2016) and Marketing Campaign for DriveGuard (2015).

North region managing director Robin Shaw collected both trophies on behalf of the business and was keen to pay tribute to everyone involved for their hard work over a lengthy period of time.

“Tyre safety and keeping roads as safe possible – by serving society with superior quality – is at the heart of what we strive to achieve as a business. A lot of work goes into this on a daily basis, through a variety of different initiatives and campaigns. There are many people who work extremely hard behind the scenes to keep Bridgestone at the forefront of road safety. To gain this recognition is testament to their efforts, so these awards are for them.”