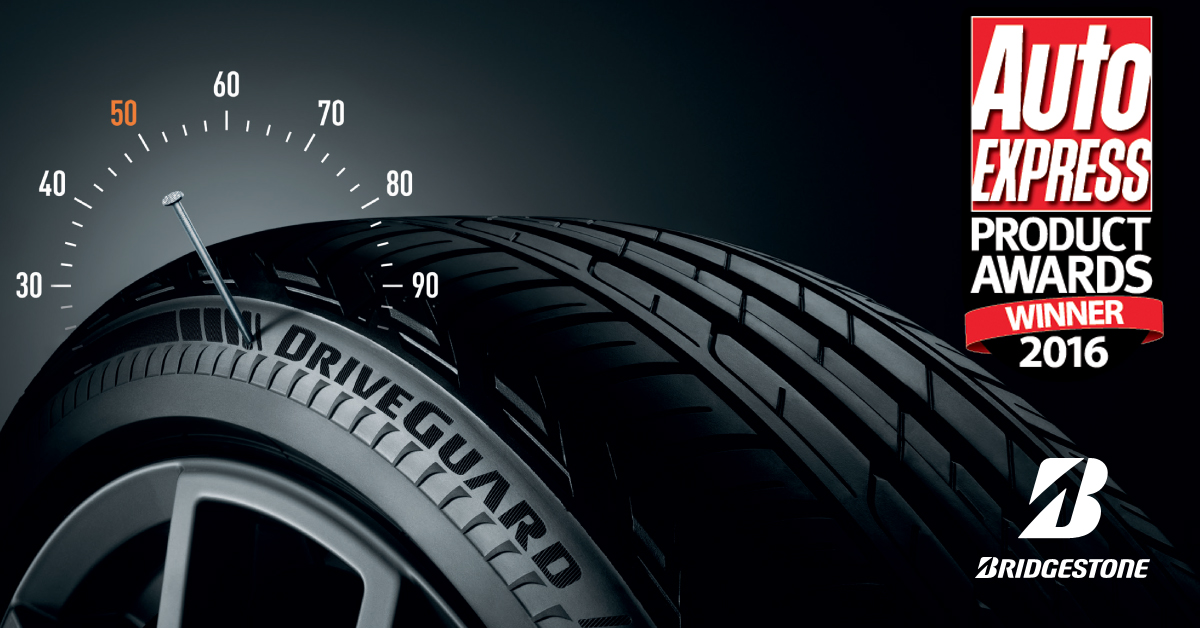 Bridgestone’s DriveGuard run-flat tyre has been crowned Auto Express Product of the Year 2016. The touring tyre has been recognised for extending run-flat technology to cars previously unable to fit such products. The tyre became available in the UK in April following its January launch in Monaco.