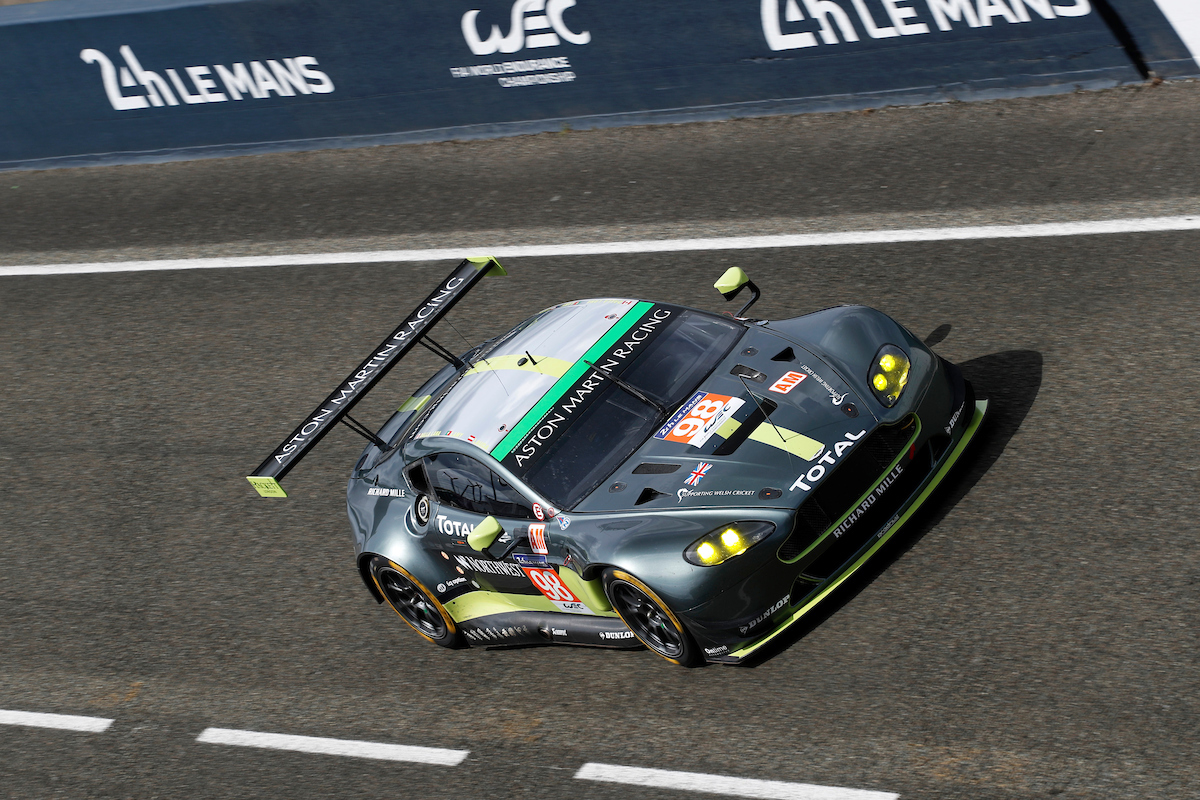 Last year, Dunlop returned to GT racing in the FIA World Endurance Championship (WEC), taking the Teams’ and Drivers’ titles, five wins and nine podium finishes with Aston Martin Racing. The experience the tyre maker gained, however, is of limited help, as a complete change in tyre regulations was introduced for the 2017 season. These changes place fresh demands upon the tyres used and bring different criteria for Dunlop’s tyre designers and engineers to focus on.

Last season, no tyre restrictions were placed upon the number of specifications in the GTE Pro class, but this year there are strict controls for dry weather slicks; only three dry weather options are available for the full WEC season. The number of tyres has also been reduced, with 16 fewer tyres than in 2016 – a total of 96 for practice, qualifying and the race.

These changes mean that tyre life is now more critical, as is performance across the varied tracks featured in the WEC calendar. The same tyres must be able to perform at the low grip circuits like Mexico and hot weather tracks such as Circuit of the Americas, with the possibility of extremes at Le Mans. The weather and temperatures can’t be pre-empted beforehand, and as the tyres are specified and produced well in advance of the race, the specifications must be able to perform well under all possible conditions. Two weeks ago, at the Nürburgring 24 Hours, the race began in hot weather with a track temperature of 50 degrees Celsius before cooling to just 18 degrees at night.

Operating windows are key. Dunlop’s tyres are designed to be capable of providing consistent performance for multiple stints – some two to three hours of racing with the same set of tyres spanning several fuel stops – without suffering from significant drops in performance or grip in the wet or dry. Temperature can vary widely; in the three hours from dawn to the sun warming the track the temperature can change by around 15 degrees. Conditions can vary widely too over the 8-mile track, with the pit-straight being in full sun with heavy rain at the Mulsanne Corner. Dunlop states that this versatility was proved at the Nürburgring 24 Hours just over two weeks ago, where Dunlop took an 18th win in the 24-hour race in 2017 with Land Motorsport’s Audi R8 LMS GT3. Three of the top five-placed cars raced on Dunlop t tyres.

At the Le Mans 24 Hours this year, Dunlop is also working with more than one manufacturer: Two Aston Martin ‘GTE Am’ cars are joined by a Vantage for TF Sport and three Porsche 911 RSRs. While the compounds remain the same for both manufacturers, constructions are bespoke to the individual chassis.