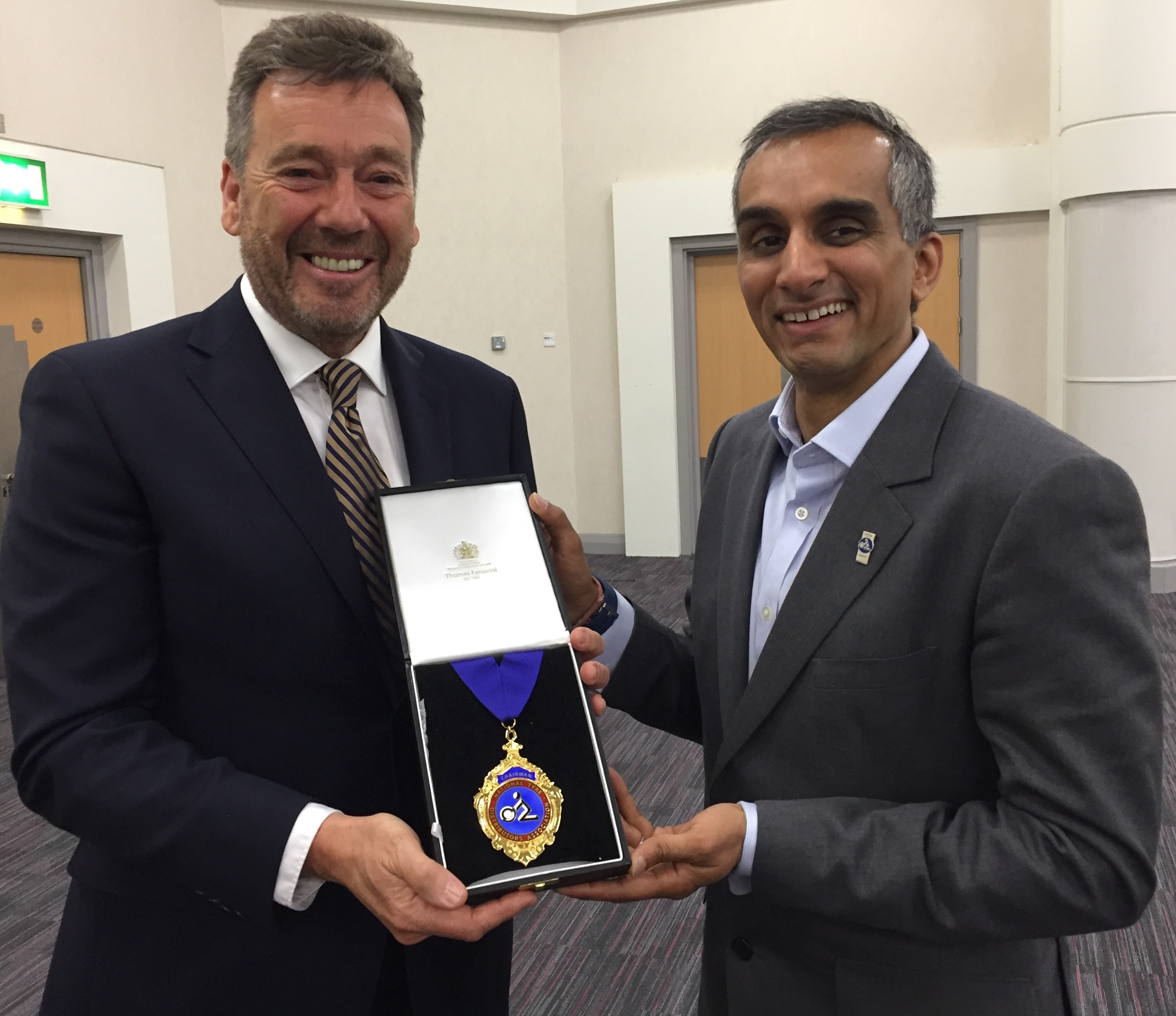 On Wednesday 7 June, at its AGM held during Automechanika Birmingham 2017, the NTDA installed Prashant Chopra, managing director of Autogem Invicta Ltd as its new national chairman.

Prashant takes over from Roger Griggs communications director of European Tyre Enterprises Ltd, who has served for an extended period of three years in order to support the implementation and execution of the three-year strategic plan introduced by the association’s chief executive Stefan Hay in 2014.

Commenting on the handover, Stefan Hay said: “Roger Griggs has been a phenomenal chairman of the association, he is a true tyre industry professional with endless enthusiasm and energy and it has been an absolute honour and privilege to work alongside him and learn from him over the past three years. Prashant is equally professional, enthusiastic and energetic and adds a whole new dimension as his company is an aftermarket supplier member of the association, which in itself is an indication of how the NTDA is rapidly becoming an association for both tyre professionals and the associated Autocare aftermarket, where, over the past three years, we have experienced incredible membership growth.”

In response, Roger Griggs said: “I am delighted to be handing over the chairmanship to Prashant, but also a little sad as I have genuinely enjoyed my time in the chair. The last three years have gone very quickly and during this period the association has firmly re-established itself as a leading trade body. I look forward, along with my colleagues, in continuing to represent the association’s members and dealing with the challenges that undoubtedly we will encounter in the future.”

Roger Griggs now becomes the immediate past national chairman replacing Stephen Callow who after six years of outstanding service as an executive officer of the NTDA was formally installed as a past chairman.

Further appointments saw Martin O’Brien director and general manager of Kingsway Tyres installed as the new vice national chairman, Donald Carmichael manging director of McConechy’s Tyre Service Ltd re-installed as honorary treasurer, Gavin White managing director of Autotech Recruitment installed as South East & Central South regional chairman and John Parker director of Business Development and Special Projects at Kirkby Tyres Ltd, who has served as chairman of the Tyre Wholesalers Group (TWG) since 2014, formally installed as an honorary past chairman of the NTDA. Going forward the TWG will no longer have a separate chairman, but John Parker will continue to represent the interests of wholesalers on the NTDA executive council.

Commenting on his installation, Prashant Chopra said: “I feel very privileged to be given the opportunity to further work at strategic level with the NTDA, its executive officers and the executive council. The welcome has certainly been warm and Roger’s boots are certainly very large, (and well-heeled), to fill! It is reassuring to know that I will be able to continue to tap into Roger and the team’s considerable experience to guide me through this new position.”