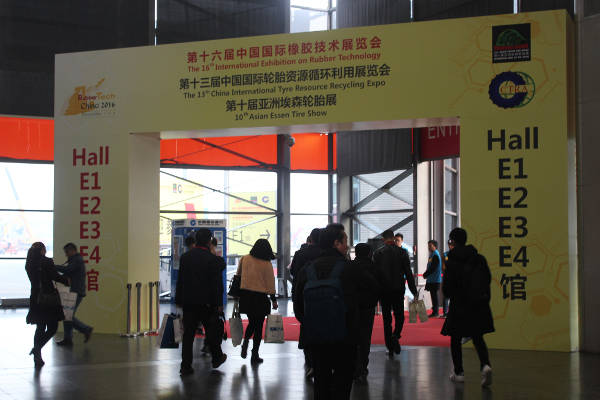 Reifen China 2016 opened its doors at the tail-end of November, running into December on a new Thursday, Friday, Saturday configuration – the same days that Automechanika was running on the other side of Shanghai in a different exhibition venue.

Reifen China 2016 open its doors at the Shanghai New International exhibition centre today – 1 December. The show organised by Messe Essen in partnership with CURC and co-located with RubberTech appears to have attracted similar numbers of exhibitors and visitors as it did 12 months ago, with much talk at the show related to the pressure overcapacity and US import tariffs have put on the manufacturing business.

Something else that has changed this time round is the show’s dates. The 2016 show was moved from its regular mid-week November slot to an early December Thursday, Friday, Saturday configuration. Tyres & Accessories has scheduled interviews with the show’s organisers for day two of the event, but suffice it to say that it looks like more than a co-incidence that the new dates are the same as Automechanika Shanghai, which is taking place at the same time in another exhibition centre on the other side of the city.