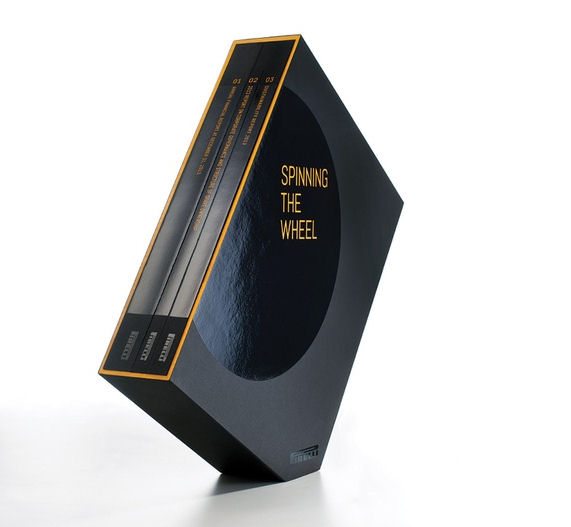 Pirelli’s 2013 annual report, titled ‘Spinning the Wheel’, has been awarded a platinum medal in the Annual Reports 2014-2016 competition held by Graphis, a magazine dedicated to pre-eminent design production around the world. Spinning the Wheel was one of only eight annual reports to achieve platinum status; a further 77 were awarded gold and 92 received a silver medal.

According to Pirelli, the award acknowledges the “capacity for innovation which has always distinguished Pirelli, not only in its products, but also in its methods of communication, which also extend to telling the company’s story through an Annual Report which goes beyond numbers and technical texts.” The 2013 Annual Report, created by Cacao Design, combines meticulous graphics with a touch of originality given by the volume’s 45 degree tilt.

To produce the 2013 annual report, Pirelli gathered together nine emerging young international talents from the fields of architecture, physics design, music, film animation and fashion, and gave them the task of “reinventing” the wheel by bringing to light the creativity, intuition, commitment, tenacity and passion that give body to an idea, a project or a successful product. Spinning the Wheel has already received three prestigious design and graphics citations: the Gold Trophy Award from the ’International Design Awards (IDA), third prize in the Annual Reports category of the European Design Awards and inclusion in the ’ADI Designex Index, the annual listing of the ADI Association for industrial design.