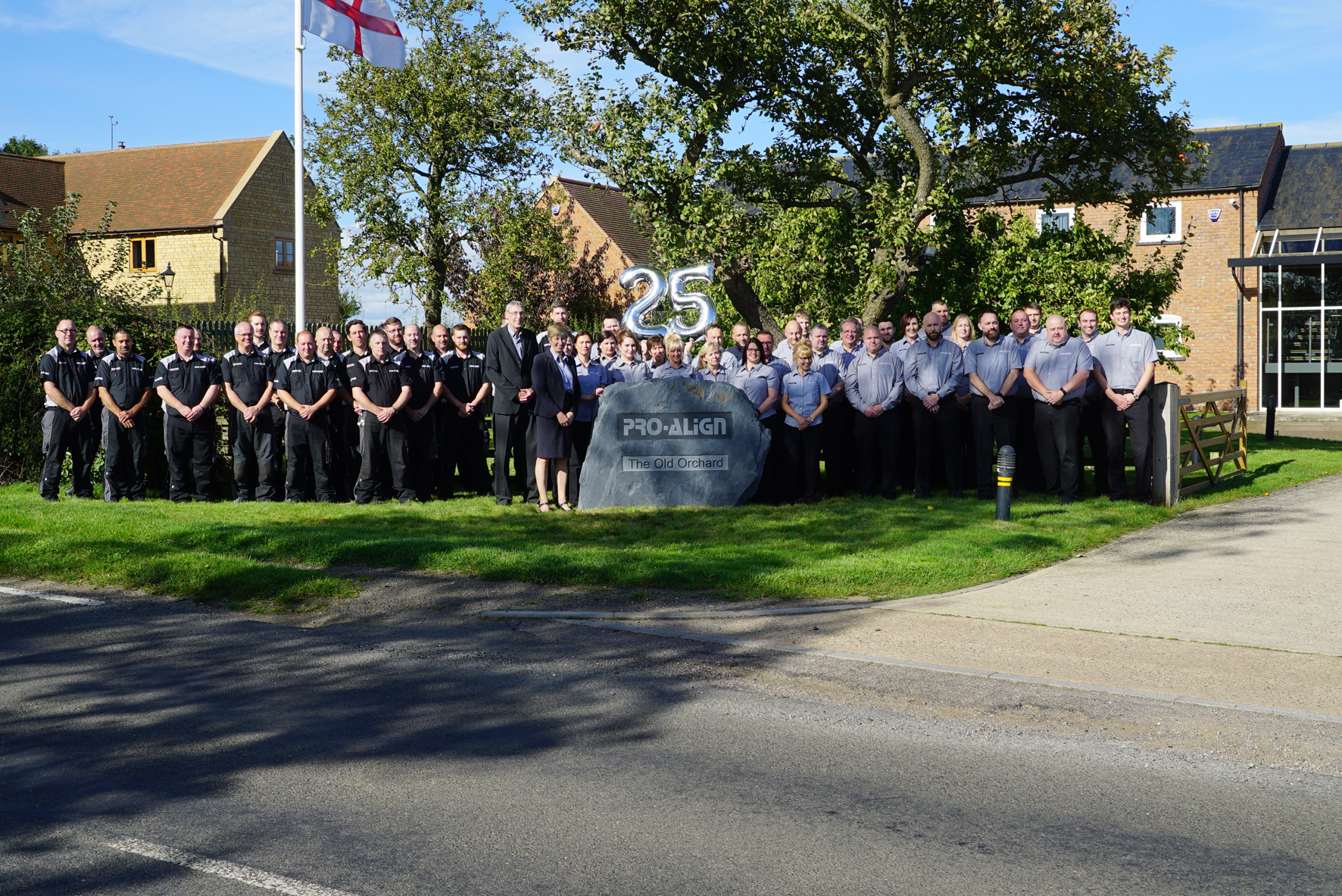 After 25 years in business, Pro-Align has grown into a firm of more than 60 staff

Garage equipment supplier and exclusive UK distributor of Hunter products, Pro-Align has marked its 25th anniversary at its Towcester headquarters. The company unveiled a new slate sign outside its offices, while each member of staff was presented with a 25th anniversary decanter and 1991 bottle of vintage port, marking their contribution to the firm’s growth and success. Pro-Align’s aftersales team also recommissioned one of the first wheel alignment systems the company sold back in 1991.

“From small beginnings in 1991 with just five employees, we entered an aftermarket not only in recession, but at a time where four wheel alignment was a ‘dust-gathering’ and forgotten service,” comments Paul Beaurain, managing director, Pro-Align.

“Starting out was certainly a challenge that we relished! However, having spent 25 years promoting wheel alignment through education, to the trade and motorists alike, it’s gratifying to see how drivers are now asking for Hunter wheel alignment servicing and how workshops are embracing the business opportunities available. We’re delighted to have been instrumental in that journey and now our team of more than 60 people remain as keen as ever to help workshops of the future continue making the most of the complete wheel servicing opportunities on offer.”

Pro-Align has grown to become a recognisable and respected name in the aftermarket, and its Hunter systems are used by most major vehicle manufacturers, franchise dealerships, independent workshops, tyre shops and bodyshops. In line with its educational ethos, the firm’s systems are also used by many further education colleges; the company has played an active role in the Skills Show since 2012.

Continuing its quarter-century celebrations, Pro-Align is running a competition ending at the end of November, in which one lucky business will win a Hunter PA200 alignment system. To enter the competition visit Pro-Align’s website, and answer eight multiple choice questions. The answer to each question is located somewhere on the site, or Pro-Align’s YouTube channel.