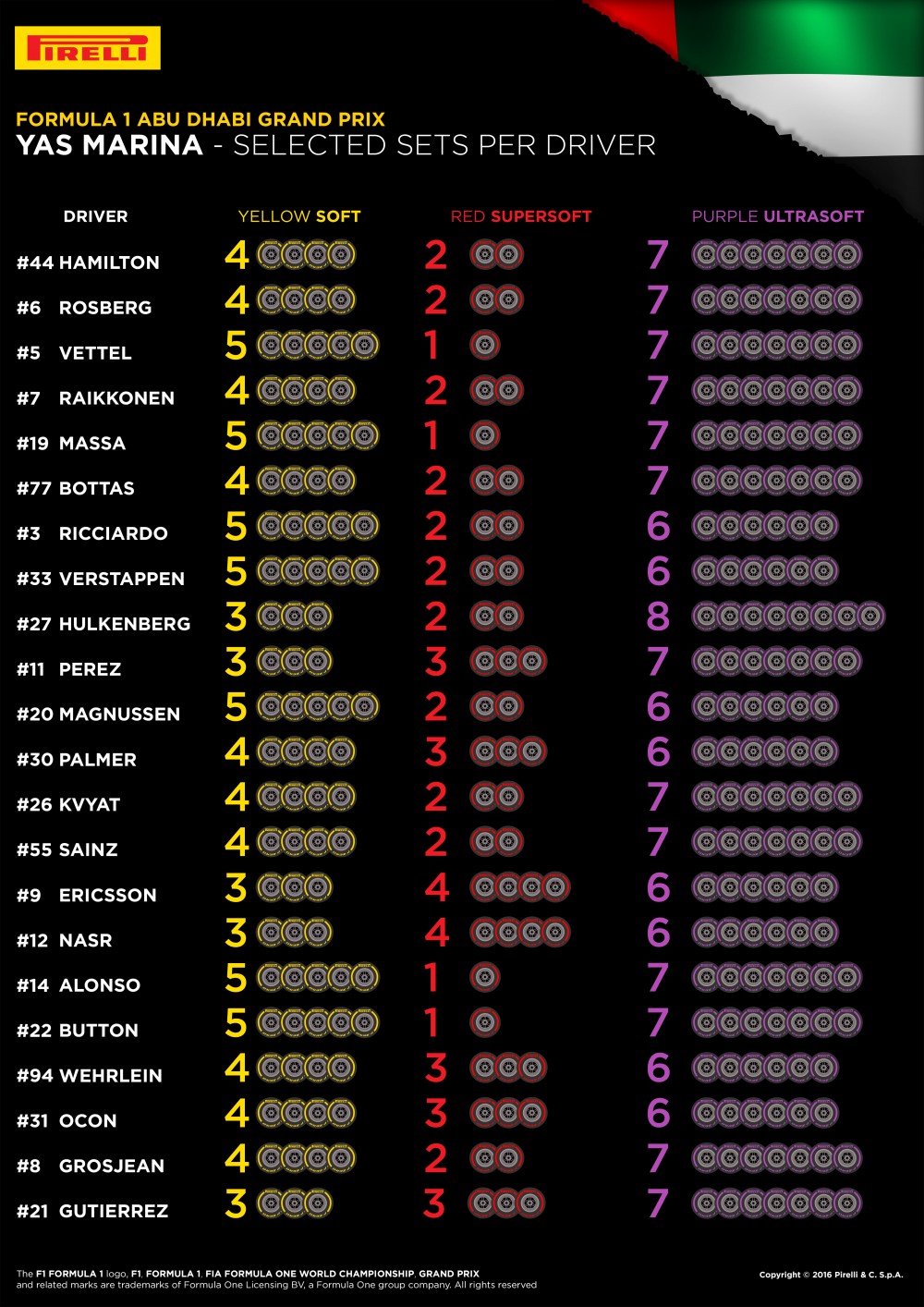 The FIA has told Pirelli each team’s tyre choices for the season closing grand prix of Abu Dhabi on 25-27 November. Championship leader Nico Rosberg and second-placed Mercedes teammate Lewis Hamilton, who has a chance of pipping the German to victory, will both use the same selection: four sets of the P Zero Yellow soft, two of the Red supersoft, and seven of the Purple ultrasoft.