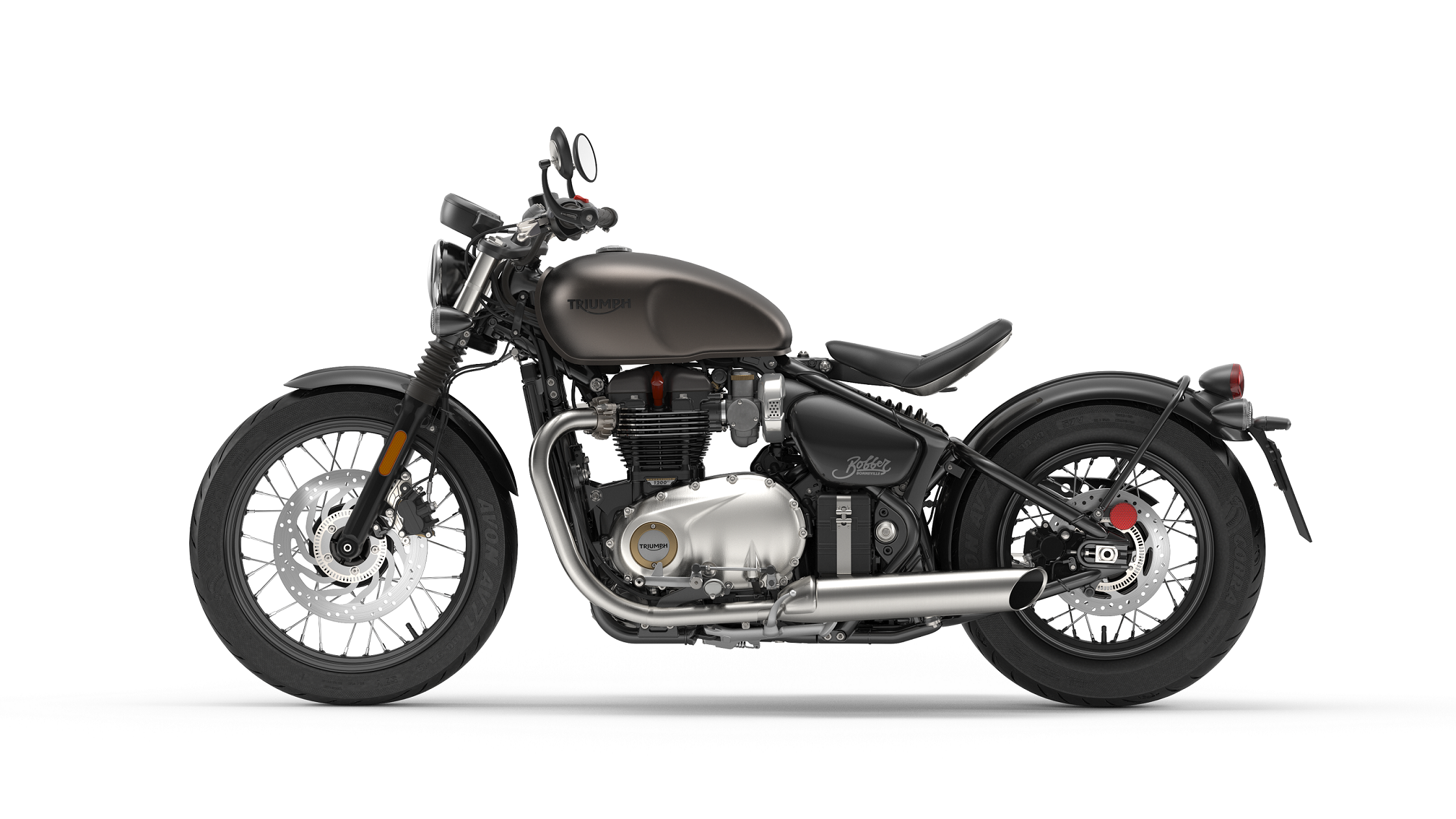 Avon’s 100/90-19 57V Cobra, which exists within the current motorcycle tyre range, has been further developed to improve performance and is the front tyre of choice on Triumph’s latest bike.

For the rear, Avon has developed a Cobra tyre with modified and dual construction especially for Triumph’s Bonneville Bobber, to give ultimate performance and stability. The Cobra 150/80 R16 71V is a new size and has been added to Avon’s extensive range, available immediately.

This is the second Triumph motorcycle that Avon has provided an OE fitment for, the Bonneville Bobber follows the Thunderbird LT which is fitted with an Avon radial whitewall version of the acclaimed Cobra tyre. Avon was the first top tier tyre company to produce such a radial white wall.

Ashley Vowles, Avon’s motorcycle tyre design engineer, said: “Avon has developed a fantastic relationship with Triumph, and we are delighted to announce this latest OE deal with such a like-minded British manufacturer.”