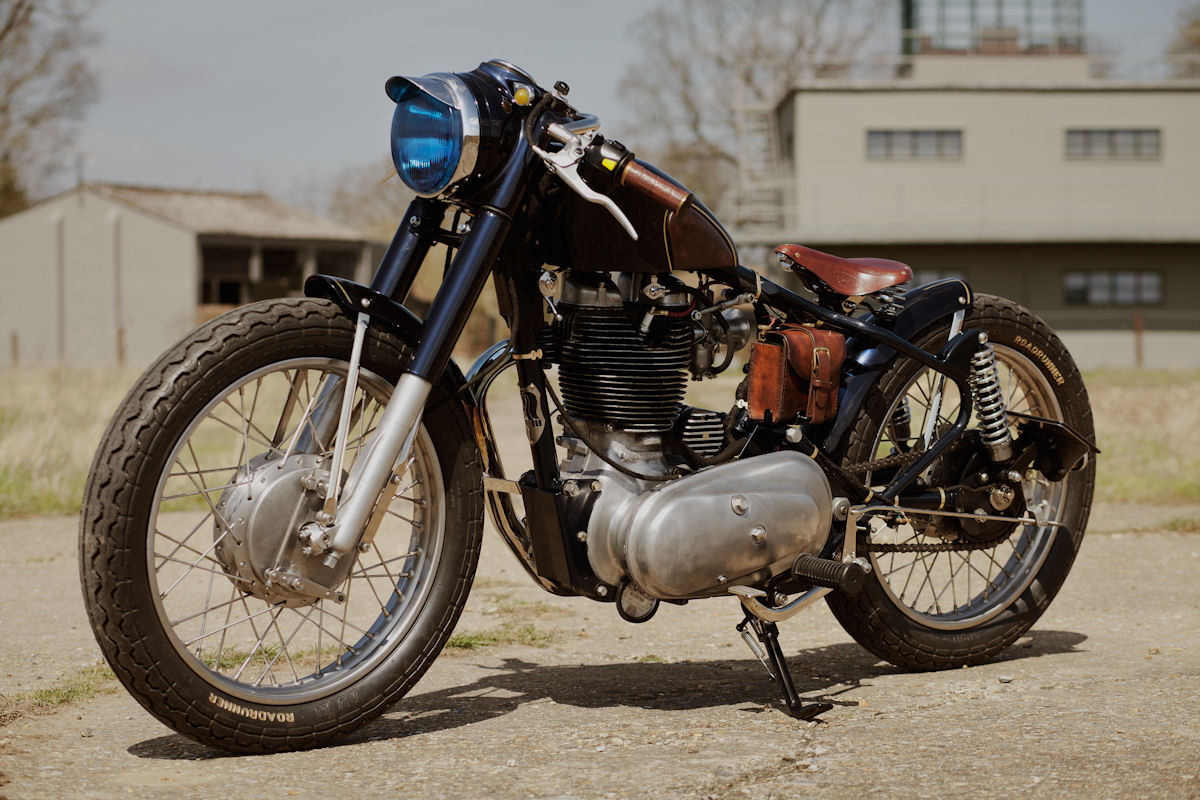 Avon Tyres has announced an original equipment deal that, while not high volume, certainly sees its tyres on an eye-catching machine. Old Empire Motorcycles, specialists in building bespoke, limited-run motorcycles, has launched its latest custom bike, the Fox. Only five of this limited-run motorcycle, which is based on the classic Royal Enfield Bullet 500, will be built – and all will be fitted with Avon Roadrunner tyres as original equipment.

A 2002-spec Royal Enfield serves as an engine donor for the Fox, and styling-wise the bike is tall at the front and hunched at the rear, a modern bobber with a broad hint of a board-track racer. The single-seat configuration accentuates the minimalist look, as does the side-mounted licence plate and single leather pannier.

Specification includes LED indicators, a modified Harley-Davidson Sportster tank and Amal carburettor conversion, midnight blue paint and Avon Roadrunners. With the Royal Enfield Bullet 500 motor being used, other more modern Enfield powerplants, such as the later Electra and EFI motors, can also be specified. Prices start at around £7500.

Doug Ross, head of Global Motorcycle Tyre Sales for Avon Tyres, said, “Avon Tyres are often the only choice for specials builders around the world. We’ve seen in recent years world championship winning custom-made machines rolling on Avon Tyres, so we’re proud to see the Fox running on our Avon AM20 and AM21 tyres.”