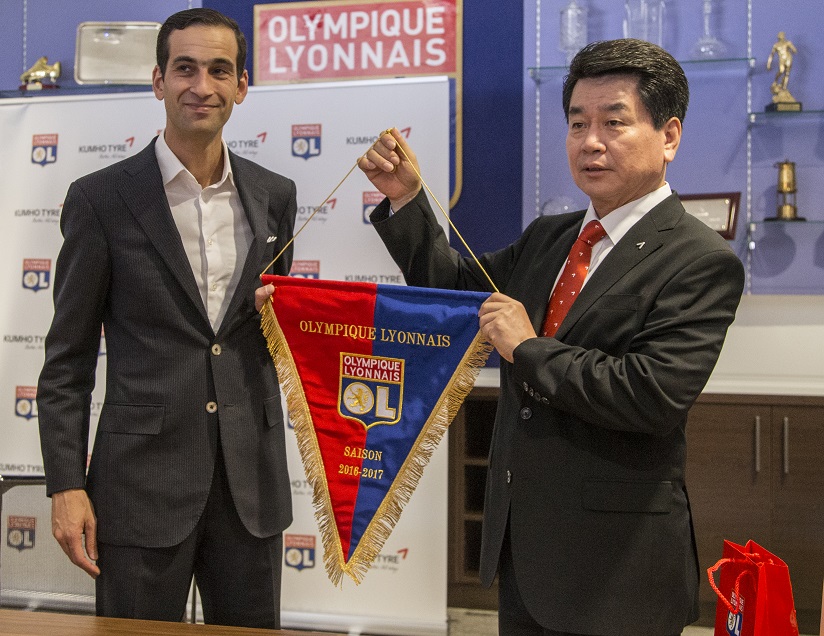 In addition to partnering with Tottenham Hotspur FC for the coming two years, Kumho Tire has entered into a sponsorship agreement with French Ligue 1 club Olympique Lyonnais. The deal covers the 2016/17 and 2017/18 seasons and will give Kumho an advertising presence in the club’s home ground, Parc Olympique Lyonnais, as well as hospitality options at games and mascot visibility during Ligue 1 matches.