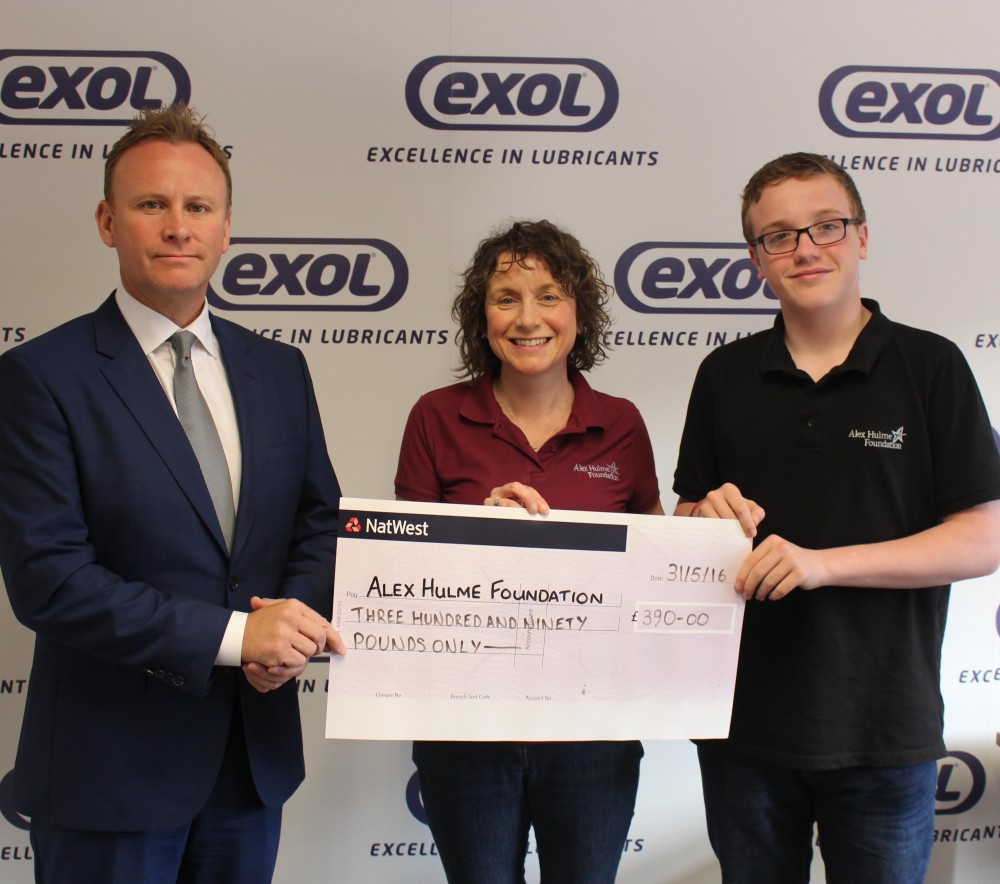 Exol Lubricants, the UK’s largest independently owned oil blender, has kicked off its 2016 fundraising activities by raising money for the Alex Hulme Foundation.

Following several employees announcing their intentions to participate in a variety of fundraising activities and adopt a healthy lifestyle in 2016, Exol has offered its full support, getting behind its staff to raise as much money as possible.

In the first quarter of 2016, Exol is pledging £390 to the Alex Hulme Foundation for research into the causes and treatment of Non Hodgkin Lymphoma. There has been no government funding made available for Lymphoma in children as of yet and therefore every donation is essential for crucial research to be carried out.

The charity was set up in Alex’s name, who sadly died aged just 12, having lost his six month battle with the illness, leaving his family and wide circle of friends on 5 September 2011.

Steve Dunn, Exol Lubricants sales director, said: “Having heard of the Alex Hulme Foundation, we were eager to raise as much as we could for the worthy cause and help to tackle this terrible disease. The Exol team were so enthusiastic about fundraising for this charity and were delighted to make a contribution.”

David Hulme, Alex’s father, said: “We’d like to offer our sincere thanks to Exol for considering the charity and donating generously. They’ve made a fantastic effort in raising awareness for the charity and supporting our cause.”

Exol has a history of supporting charity work; its employees have raised money for various causes, such as by participating in charity football matches, fun runs, the Macmillan Coffee Morning, and Jeans for Genes Day.

Motorcycle sales rise in May