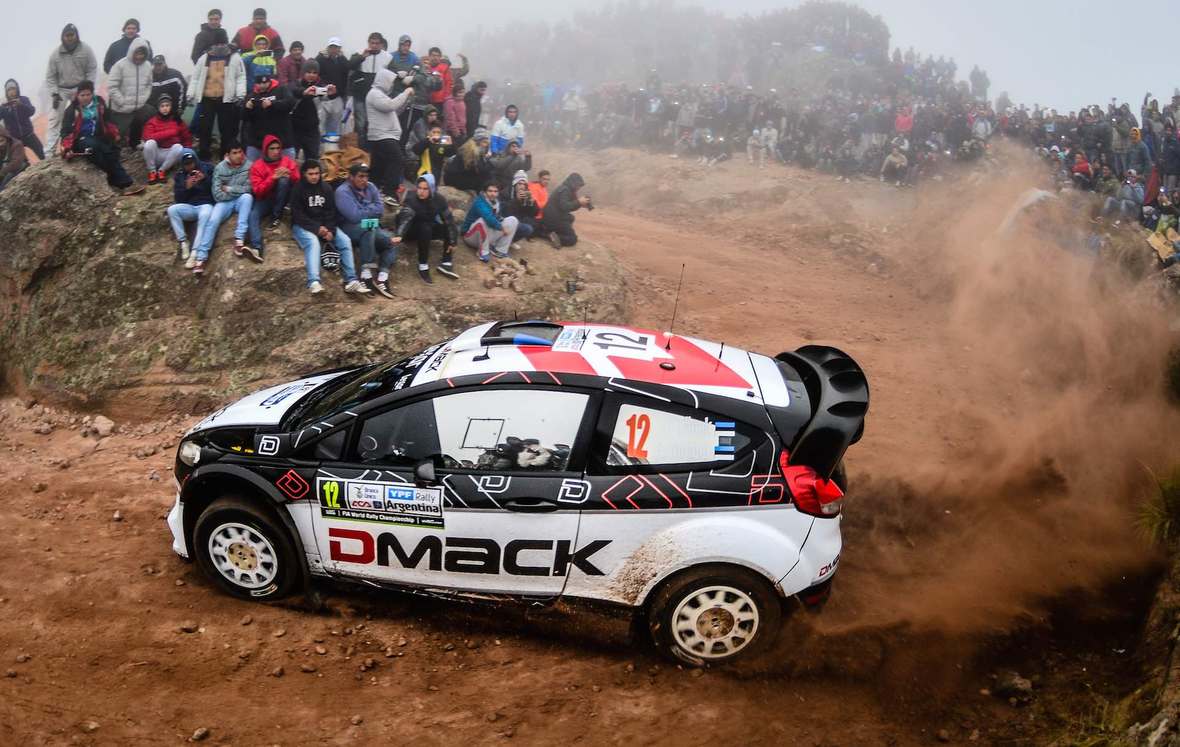 Dmack new range of UK-made gravel tyres will be available at next week’s Vodafone Rally de Portugal, round five of the World Rally Championship. The British firm has developed products specifically for both world rally cars and R5 specification machines for the first time. The FIA regulations allow tyre manufacturers to change the specification of homologated tyres once during the season. Dmack has taken the opportunity to introduce new soft and hard options of its DMG+2 tyre for both WRC and WRC 2 competitors.

For WRC cars like Dmack team driver Ott Tänak’s Ford Fiesta RS WRC, the brand has introduced two new compounds, the GS61 soft and the GH21 hard – with the hard nominated as the primary choice. WRC drivers are permitted a maximum of 24 pieces over the weekend.

In WRC 2, the Drive Dmack Trophy Team is fielding two M-Sport-run Ford Fiesta R5 cars. As part of their huge prize drive, last year’s Drive Dmack Fiesta Trophy winners Marius Aasen and Veronica Engan from Norway will be joined by Estonians Sander Pärn and new co-driver Martin Järveoja for round two of their campaign. Neither crew has competed since Rally Sweden in February but will be looking to use their experience of this event in 2015 to score a solid finish in WRC 2. They will test on Monday to finalise preparation ahead of the event.

WRC 2 competitors will also use the GS61 soft compound gravel tyre alongside the all-new GH42 hard option – developed specifically for R5 cars. They have a maximum of 22 tyres to use during the event. The tyre manufacturer said that the DMG+2 has been a top performer on soft surfaces but it is also designed to offer durability on the abrasive roads in northern Portugal.

Dick Cormack, Dmack managing director, said: “We’ve had a number of strong events so far this year but Portugal marks the start of the traditional European summer rounds. After a series of tests earlier this year, we’ve decided upon new specifications for our gravel tyres and, importantly, developed products specific to WRC 2 cars. We’re looking forward to debuting our new products next week on some tough and technical stages.”