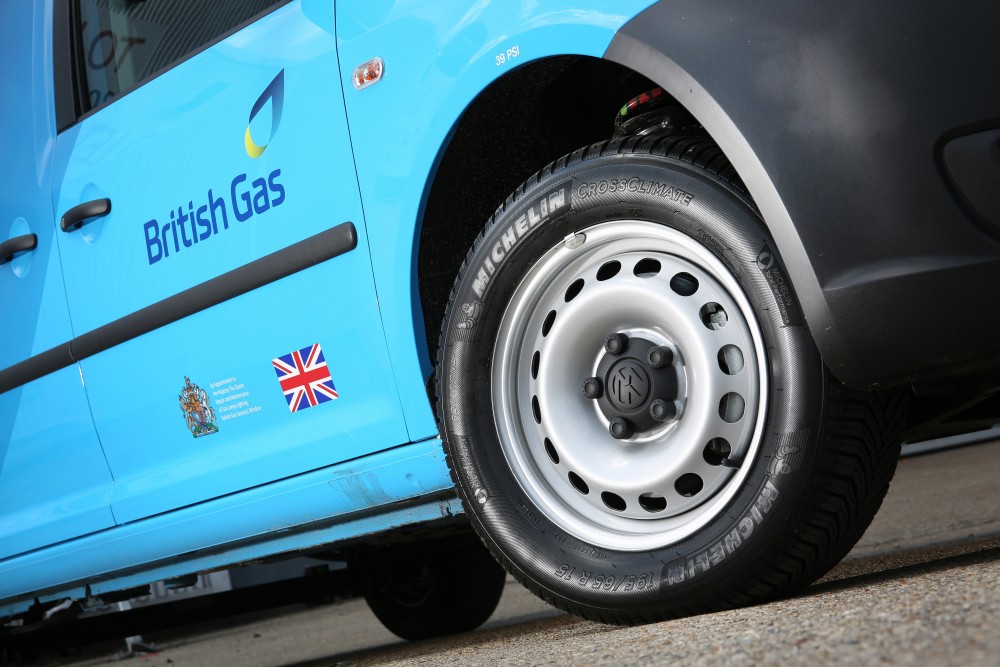 The Michelin CrossClimate has won acclaim – and fitment deals – from a number of players in the fleet sector, such as British Gas

Van Fleet World has presented Michelin’s CrossClimate tyre range with a second fleet award in as many months. The tyre was named winner of the Innovation Award at the Van Fleet World Honours 2016 to follow its Best New Product gong presented by Fleet News in March. The latest award was presented to Andy Fern, Michelin’s head of fleet, at the RAC Club in London before an audience of senior executives from across the fleet sector.

Van Fleet World Editor, Dan Gilkes, says: “With the adoption of Michelin’s CrossClimate tyres, fleet managers can ensure that their vans remain working on the road in all weathers and temperatures. The news last year that British Gas had already adopted CrossClimate tyres across its 13,000-strong van fleet is confirmation that Michelin has once again taken a big step forward.”

When the CrossClimate was launched in late spring 2015, Michelin claimed the tyre would be a “game-changer” for fleets, and the acclaim with which it has been received in the sector suggests the manufacturer has been able to back up this bold prediction. Michelin believes the “year-round” tyre offers “a unique solution to the problem of maintaining fleet safety and mobility when faced with Britain’s unpredictable weather”. The tyre was developed differently from traditional all-season products in the manufacturer’s view, because they were designed as “summer tyres with winter capabilities.”

The CrossClimate is available in 23 sizes, ranging from 15 to 17 inches, covering approximately 70 per cent of cars and car-derived vans sold in Europe. Additional sizes spanning the 15 to 17 inch spectrum, plus new sizes at 14 and 18 inches, will launch in 2016. Michelin is also planning the first SUV product in the CrossClimate range.

The CrossClimate has also performed well in tyre tests, exemplified by a ‘Highly Commended’ rating in the Fleet Safety Product of the Year Award, organised by Brake the road safety charity.

Full force in all segments: Heuver Tyrewholesale & its renewed focus on...