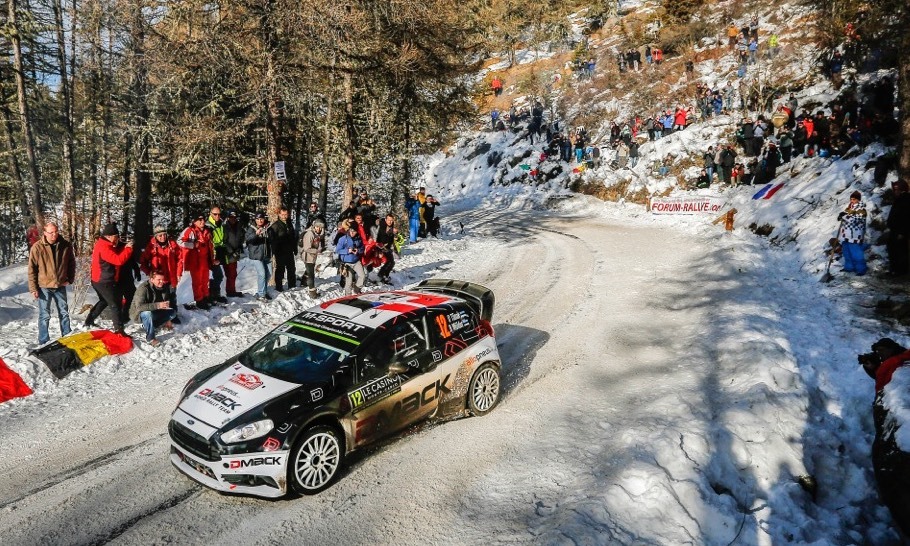 Dmack scored its best-ever finish on the season-opening Rallye Monte Carlo, as the Dmack World Rally Team’s Ott Tänak claimed seventh overall, helping his team to fifth in the Manufacturer Championship. The tyre supplier also brought its latest asphalt tyre – the DMT-RC2 – to the event.

Dmack hailed Estonians Tänak and Raigo Mõlder, as they helped make a strong start to its sixth season as an authorised tyre supplier to the FIA World Rally Championship (WRC). Tänak, once again piloting an M-Sport-run Ford Fiesta RS WRC, had to cope with a diverse range of road conditions – ranging from dry and damp asphalt to ice and snow-covered frozen asphalt roads. Choosing tyres over the weekend involved a mix of experience and skill with a degree of luck and compromise as weather conditions changed.

Dmack’s new range of asphalt tyres, developed to compete at the top of the sport against tyre giants Michelin and Pirelli, feature a new tread pattern and latest generation compounding, resulting in a significant step forward in performance, the brand claims. Tänak used new extra soft and soft compounds alongside DMT-ICE winter tyres in studded form to extract traction and grip from the frozen surfaces.

Dick Cormack, Dmack managing director, said: “We’ve made a big step forward with our new asphalt tyre and everyone is encouraged with such a strong result on its debut. With lots of performance data from this tough event, we’re well equipped to make even further improvements for the remainder of the season. Overall it’s been an extremely positive event and a strong start to the new season for the Dmack World Rally Team.”

Ott Tänak said: “We’ve had a challenging weekend but overall it’s a good start to the championship on one of the toughest events. Dmack has made good improvements and we’ve got some really useful and positive experience from this event. I’ve driven more or less a perfect rally and we pushed when we could when the conditions suited us more. Now we move to Sweden and an event I really enjoy.”