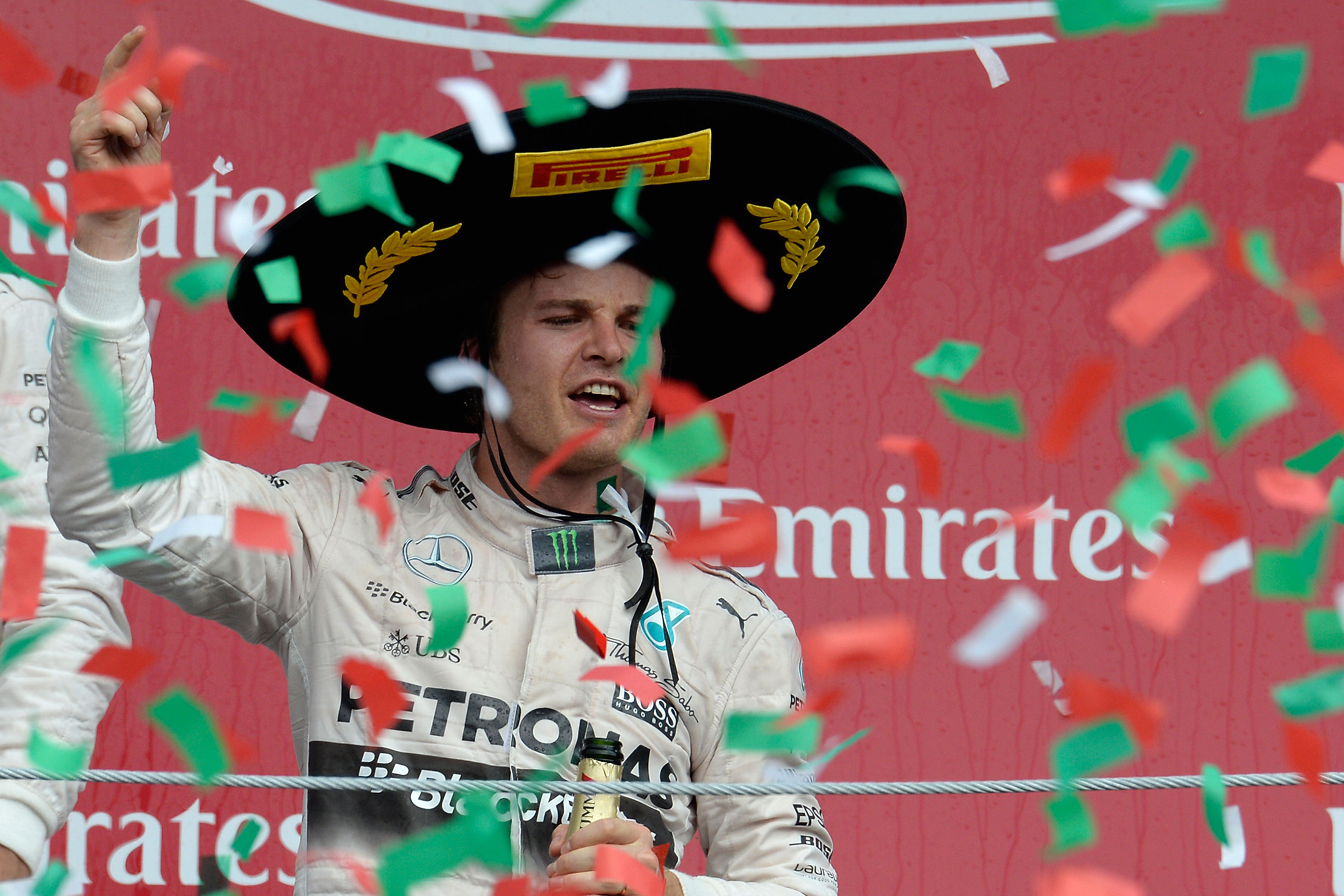 Rosberg wins in the first Mexican GP for 23 years

Nico Rosberg won the first Mexican Grand Prix in 23 years from pole with a two-stop strategy. Using soft-medium-medium Pirelli tyres, he beat his teammate Lewis Hamilton to secure a 10th one-two of the season for Mercedes. Rosberg also moved back to second in the driver points standings. Behind them, race strategies were affected by a safety car with just 20 laps to go. This effectively allowed a ‘free’ pit stop, which meant that those contemplating another stop could do so without a big penalty.

The exception was local hero Sergio Perez, driving for Force India, who stopped only once and finished in a points-scoring eighth, reinforcing his reputation for excellent tyre management. Perez was the only one-stopper in the race, with the vast majority of drivers stopping twice and a handful stopping three times: although none of the three-stoppers managed to score points.

An extra dimension to the race was added by the highest track temperatures seen all weekend, despite earlier predictions of rain. With 46 degrees of track temperature and an increasing amount of rubber on the new surface, the pattern of wear and degradation seen in practice and qualifying was altered. The extra traction also helped to increase the very high top speeds seen in the thin air of Mexico, with Sebastian Vettel recording 366kph on the straight. Williams driver Felipe Massa clocked 352kph on the straight even without DRS assistance.

As the race went on and the track evolved, the medium tyre in particular came into its own, with the fastest lap being set by Rosberg (lap 67) on this compound at a pace about one second off the pole position he had set on soft tyres. Every driver started on the soft tyre compound, apart from the two McLarens as well as Ferrari driver Kimi Raikkonen, who started on the medium compound.

Paul Hembery, Pirelli motorsport director, stated: “As expected we saw two stops for the majority of competitors, at what turned out to be quite a complicated race strategically because of a surface that kept on evolving, track temperatures a full 12 degrees higher than we experienced yesterday, and a safety car towards the end of the race. Formula One’s return to Mexico has been a spectacular success, with an amazing and vibrant atmosphere from start to finish. As Nigel Mansell said when he interviewed the drivers on the podium: Viva Mexico! It’s good to know that some things don’t change: when Mexico last returned to F1 in 1986 a Pirelli-equipped car won, thanks to Gerhard Berger and Benetton, and the fans are still brilliant.” Pirelli renews contracts in Italian Formula 4 and GT Championships for 2016... Triangle opens US HQ in Tennessee