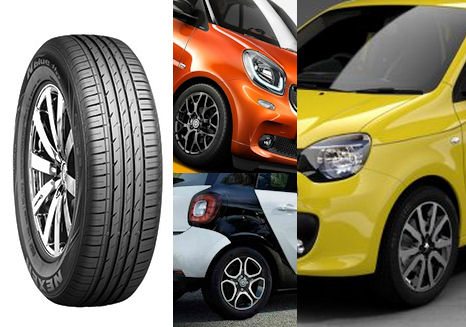 Nexen will supply its N'blue Premium to Smart and Renault

The past couple of years have witnessed a build-up of Nexen Tire’s original equipment supply portfolio with European vehicle manufacturers. At the end of 2013 the Korean tyre maker announced its N’blue HD would be fitted to European market Volkswagen Polo models, and shortly afterwards it said the tyre would also be original equipment on the Skoda Octavia and Rapid. News of a third N’blue HD deal, this time for the Dacia Lodgy and Dokker, was issued in June 2014. Now Nexen has announced it is working with two further car makers in Europe: Nexen Tire says its N’blue Premium has been approved for original equipment fitment on the Smart Fortwo and Forfour and the Renault Twingo.

Michelin sales, volumes up in Q1