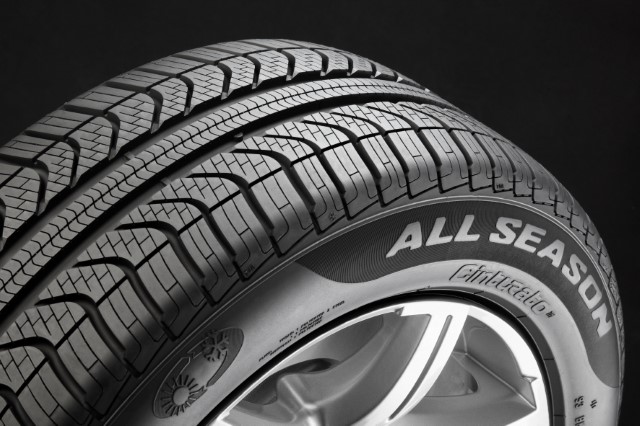 Strategically the most significant detail about the Cinturato All-Season launch is the fact that a premium manufacturer such as Pirelli is launching an all-season tyre at this time. Other premium manufacturers have such products, but many have opted to focus on summer and winter products, leaving mid-range players and second line brands first in line. In order to find out a little more, Tyres & Accessories spoke to Pirelli senior vice president sales planning and supply chain, Matteo Battaini, during the event.

From his point of view the Cinturato All-Season launch, and in particular the version with Seal-Inside technology, is all about “offering consumers something for which they are willing to pay a premium price.” Not only does this meet the demands of consumers for safety, mobility and durability (as the Nielsen data in our main article suggests), but it also offers premium tyre makers the opportunity to demonstrate what a high quality product would look like in this market space. At the same time you could also say that it sends a message to the market that such products are not only the domain of mid-range brands and group products.

Battaini acknowledged that all-season tyres have suffered from something of a not-one-thing-or-the-other reputation in the past, but said that Pirelli’s decision to make a premium product of this sort, for a premium price communicates the value that can be placed on all-season tyres when they are manufactured and marketed correctly.

So is the launch of the All-Season really a first for premium tyre manufacturers? And is it for Pirelli? And if so, to what extent? No and yes. We can definitely say that this is the first time any tyre has been released that combines a self-sealing technology with an all-season tyre (although Tyres & Accessories has heard that a certain other European tyre major is just about to release a competing product in the eight weeks after Pirelli’s launch).

Furthermore, Pirelli does have some existing all-season products in the market. For example, there is the Scorpion Verde All Season range, which has some high profile OE contracts with a number of leading OE manufacturers. In addition there are said to be a very small number of Cinturato P7 products in an All-Season pattern. Therefore in terms of the replacement market and in terms of scale, Pirelli’s launch remains something of a first.

A tale of two markets…