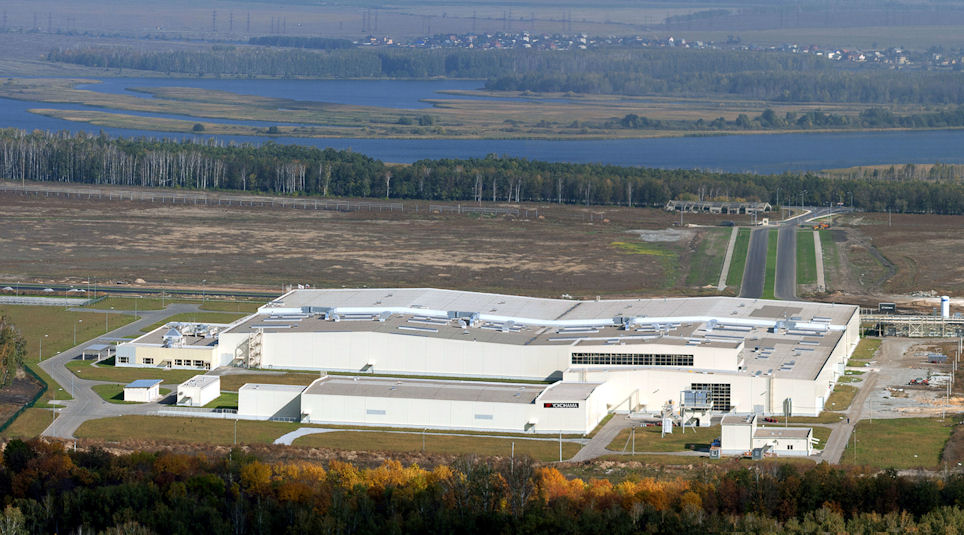 Yokohama’s factory in Russia produces 1.6 million tyres a year, and is now actively looking to expand its OE activities

Production of original equipment passenger car tyres has begun at Yokohama Rubber’s factory in Russia’s Lipetsk region. The tyre maker reports that LLC Yokohama R.P.Z. began original equipment tyre production in November 2014 in response to a direct request from Nissan Russia. The Nissan operation is said to be curtailing its use of tyres manufactured in other countries, presumably to counter the rouble’s devaluation during the last half-year.

The first original equipment products to come out of the Russian plant were Geolandar G91 tyres intended for fitment on Nissan X-Trail SUV models. In December 2014, the plant also began producing the BluEarth E75 for the Teana saloon made at the Nissan plant in St Petersburg.

Yokohama Rubber anticipates that its manufacture and supply of original equipment tyres will contribute to an elevated awareness of the Yokohama brand in Russia, and expand its aftermarket sales there. The company states that it is currently striving to win orders from other vehicle manufacturers with production plants in the same region.

LLC Yokohama R.P.Z. was established in December 2008 and holds the distinction of being the first tyre plant in Russia operated by a Japanese tyre maker. Russia has become one of Yokohama Rubber’s biggest markets, and the tyre maker has continuously expanded the Lipetsk plant’s capacity. This now stands at 1.6 million tyres per annum, a 2.3-fold increase from the plant’s capacity at the start of operations in 2012.