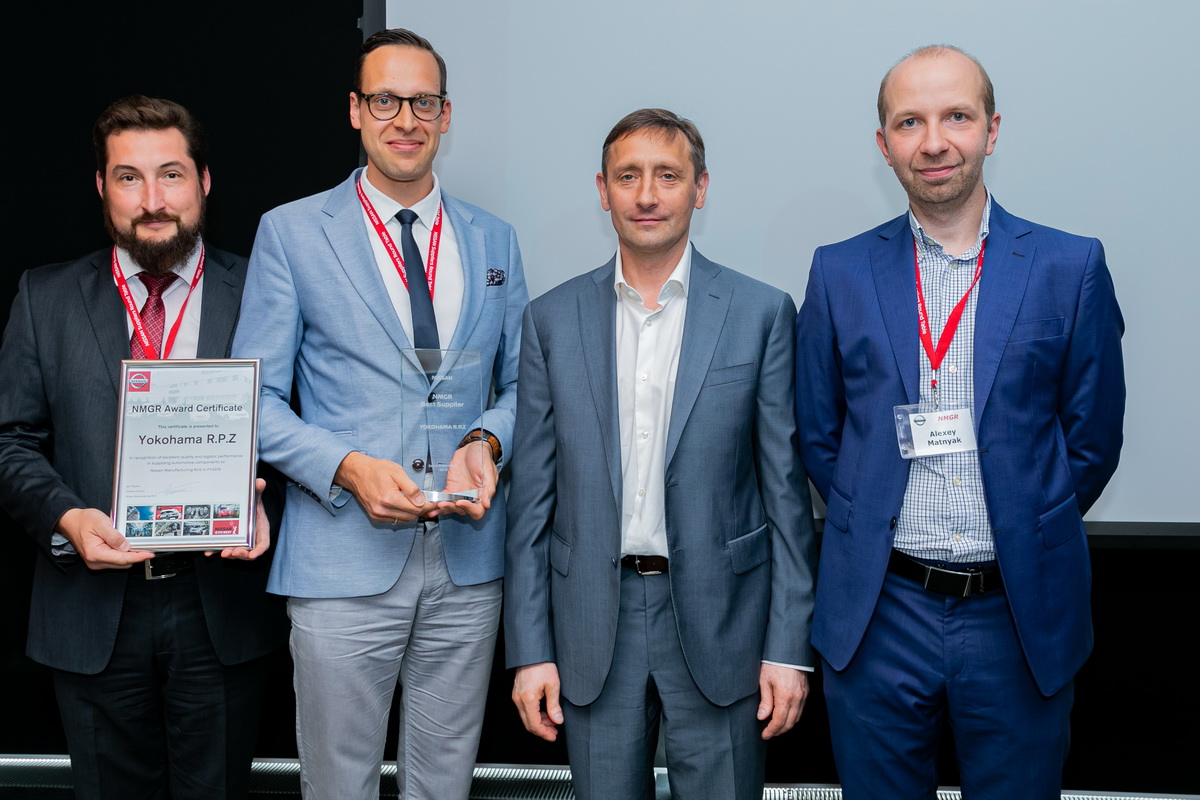 Six categories of Nissan Best Supplier Award were presented; Yokohama R.P.Z. was awarded in the ‘chassis’ category in recognition of the quality of its tyres as well as its supply system.

Yokohama R.P.Z. was established in Russia’s Lipetsk special economic zone in December 2008. At the end of 2011, it became the first Japanese tyre maker to operate a passenger car tyre plant in the country. Yokohama has supplied original equipment tyres to Nissan Manufacturing Rus since 2015.

Bridgestone an FCA Supplier of the Year